This is how local players can make Black Stars, according to returnee coach Milovan Rajevac 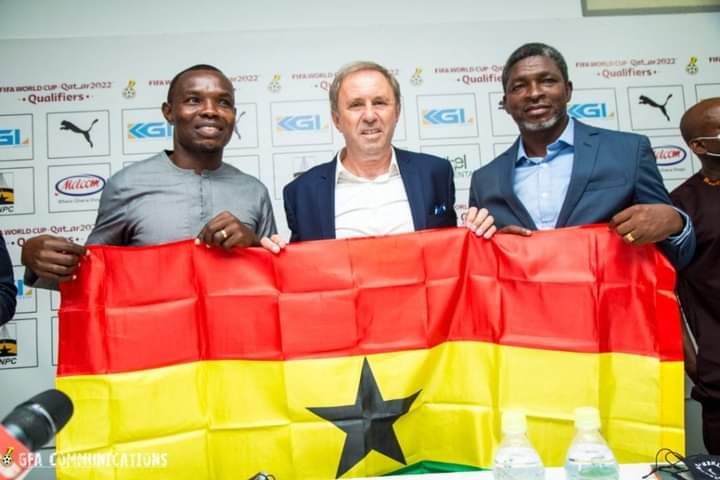 Ghana coach Milovan Rajevac has revealed that locally-based players, especially those plying their trade in Ghana Premier League will have their chance to represent the country with the Black Stars.

The 67-year-old believes the local boys have the quality to make the grade just like their counterparts in Europe.

“Only their performance will get them selected in the team”, Milovan Rajevac said.

“You remember Daniel Yeboah played for Liberty Professionals at that time and he played the first game against Lesotho which he even started.

“Their performance is what will recommend them to be selected in the team. Every Ghanaian can play for the national team and that is how it should be. I and my assistants will see, watch and cover so we can pick the best. Players talk on the pitch,” he added.

Milovan further revealed that he will be sharing ideas regarding national team call ups with the Black Stars management committee in order to get the best players for assignments.

“I’m ready to share ideas with management on call ups to the national team but when it comes to the final decision, I will be the one to do that,” he said.