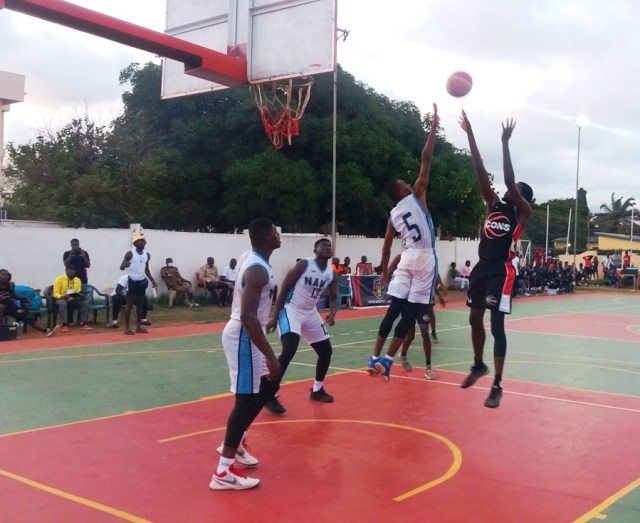 The Academy side clinched a 63-56 win over Ghana Navy at the Prisons Court in Cantonments in Accra to build on what has been a very good campaign thus far.

Ashietey Ollenu and Richard Donor scored for Navy but Icons’ Nana Sefa Sakyi got back with a three pointer. Thomas Addo scored six points to give Icons a 17-16 lead. Donor missed two free throws to close out the first quarter.

Donor made amends for his free throw misses by grabbing a long pass to score a layup. Dushie scored to put Icons up 20-19 midway through the second quarter. The teams traded baskets in a quarter played at a fast pace that ended with Icons holding a 28-27 lead.

Dagadu extended Icons lead but proceeded to miss an uncontested dunk. Donor tied the game with 5:20 minutes remaining after gathering a missed Ollenu layup to score. Navy got points off the charity stripe through Richard Tetteh and Lawtey Tawiah. Abdul-Rahim Allotey scored via a put back dunk for Icons.

Icons regained the lead by making shots off strong athleticism via Carl Nii Quartey and Allotey. Icons took a 39-35 lead into the final quarter off a made three pointer from Paul Adzowu.

Dushie completed a three point for Icons; Donor got back to back layups for Navy. Ollenu got a three pointer for Navy to trail 54-56 with 50 seconds remaining in the game.

Adzorwu scored two free throws to extend Icons lead to four and added another layup after making a late steal. Dushie and Adzorwu drained free throws to win the contest.