Bentil named Player of the Week in Turkish League Opening Round 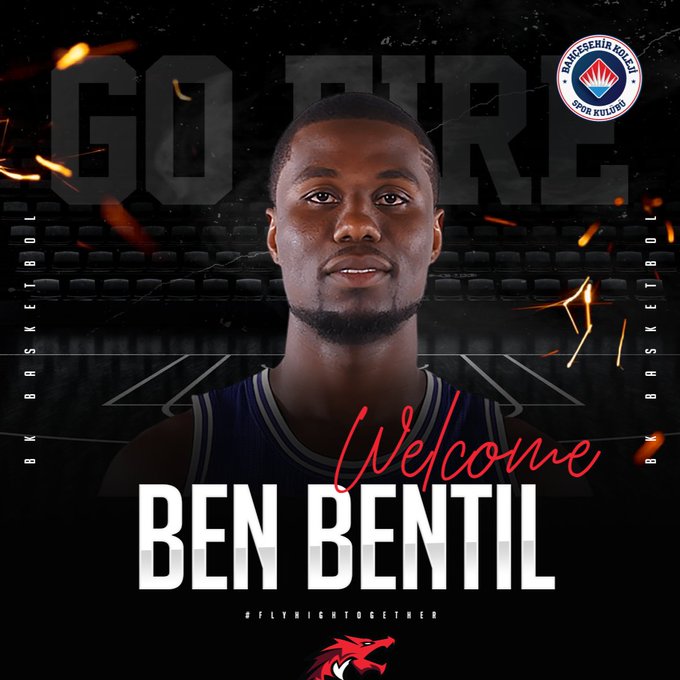 games in Round One of the 2021-2022 Turkish Basketball League Regular Season.

Bentil was named the top player after leading Bahcesehir Koleji Istanbul to an 86-77 win over Besiktas registering 21 points, seven rebounds, four assists and a steal in 27 minutes.

The win came on Bentil’s debut in the league after signing for Koleji this offseason; he spent three seasons in Greece with Peristeri and Panathinaikos and won two league titles and the Greek Cup in the process.

Americans Jordon Crawford and QJ Peterson scored 36 points respectively to rank second and third in the rankings but both players scoring output were undone due to losses to their respective teams.

Bentil is set to play against Pinar Karsiyaka on Sunday, October 3.