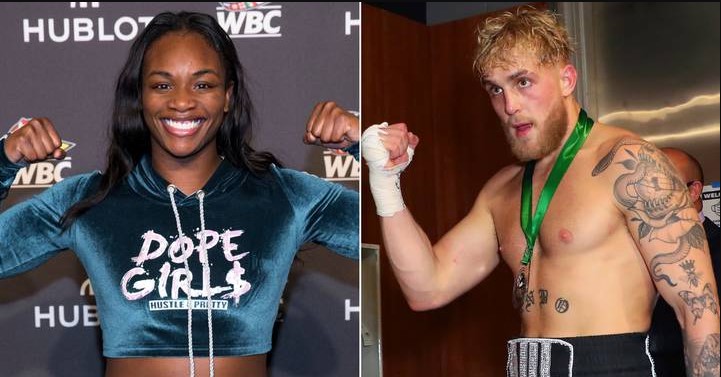 Claressa Shields says she could “beat up” Jake Paul – and it’s “disrespectful” to suggest she would fight on his undercard.

Shields holds the WBA, WBC, IBF and WBO belts across two weight classes and is a two-time Olympic gold medallist.

The 26-year-old doubled down on the Paul claim after saying she would beat the YouTuber-turned- fighter.

“Don’t ever disrespect me. I would never fight on the undercard of Jake Paul,” said the undefeated Shields.

She added: “No disrespect to Tyron Woodley or Jake Paul, but I’m a real boxer. I could beat up Jake Paul at the weight class I’m at right now.

“I would never fight on the undercard of someone who does not possess the skills or accomplishments that I have.”

Shields, who reiterated her words on Twitter, was asked about being on Paul’s undercard after Amanda Serrano was the co-main fight on the YouTuber’s bout against former UFC champion Woodley in August.

The American, nicknamed the GWOAT, also competes in MMA and had her first fight in the sport in June. She defeated Brittney Elkin by technical knockout and has already lined up her next bout.