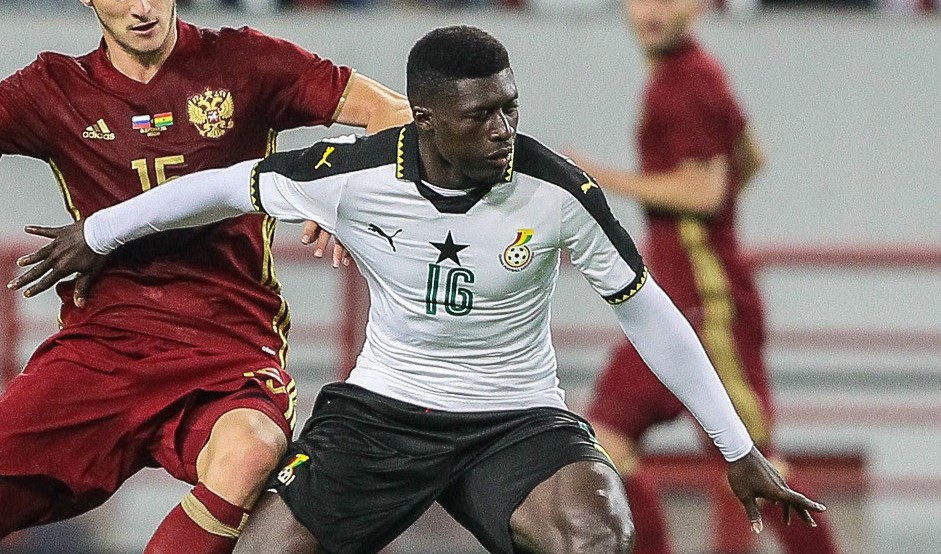 Ghana midfielder Alfred Duncan has debunked reports of ‘faking injury’ to excuse himself from the Ghana squad for the World Cup qualifiers against Zimbabwe.

Duncan was named in the provisional squad to face Zimbabwe twice this month but he will not be available, the GFA announced on Monday.

GFA failed to indicate Duncan’s reason for not honouring the invitation, with reports claiming that the Fiorentina player is injured.

But the midfielder via social media platforms debunked reports, stating that he spoke to head coach Milovan Rajevac about his decision.

“With regards to my absence from the national team, I spoke with the head coach of the Black Stars but there was a miscommunication somewhere but I don’t remember saying I was injured!.

Online bloggers academy get your facts right before putting fingers on a keyboard. If I want to refuse a call up I will do so and not by faking injury,” he wrote.

Duncan was included in the 32-man provisional squad, a reward for his strong start to the season in Italy.

The midfielder has moved from being on Fiorentina’s transfer list to becoming an integral member of the team.

He has played in Fiorentina’s last five games and delivered impressive performances despite the mixed results for the club.

Duncan is currently ranked as the second-fastest player in the Italian Serie after clocking a speed of 34km/hr.

Black Stars will take on the Warriors on Saturday, October 12 at the Cape Coast stadium on matchday three of the qualifiers before travelling to Harare three days later for the reverse fixture.