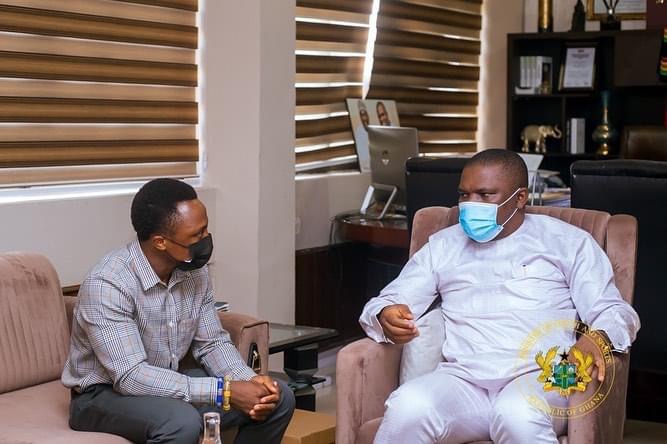 Dogboe in a tete-a-tete with the Sports Minister, Hon. Mustapha Ussif

Dogboe is looking to make it three wins on the trot since returning from his two consecutive defeats to Emanuel Navarrete in July, 2020.

The defeats to Navarrete ended the Ghanaian’s eight-month reign as world champion in 2018 as well as represented Dogboe’s first pro career defeat.

Confirming next month’s slugfest on Twitter, the 27-year-old fighter described his upcoming bout as an opportunity to shine.

Dogboe last fought in June this year when he earned a unanimous decision win over Adam Lopez in Las Vegas to make it two consecutive wins since moving up to featherweight.

Meanwhile, Diaz will fight for the second time this year since losing to Emanuel Navarrete in their WBO featherweight championship last April.

The Puerto Rican has had inconsistent results with three wins and three defeats in his last six bouts.