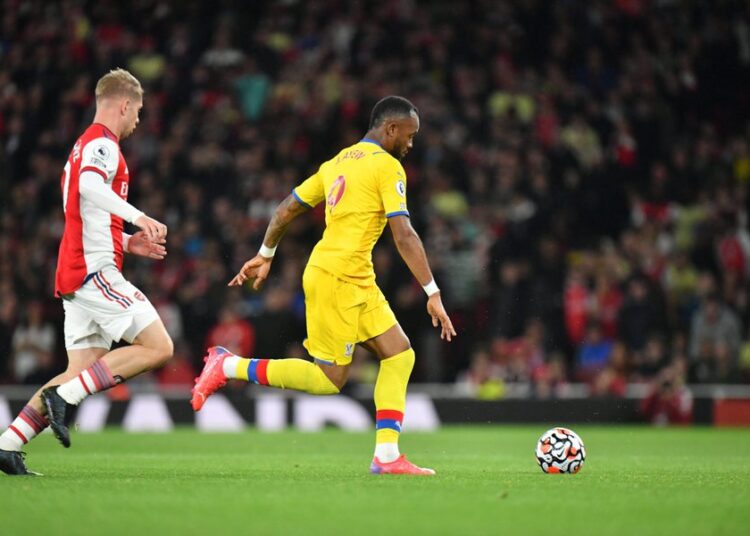 Ghana striker, Jordan Ayew brightened the tunnel that could lead to him rediscovering his scoring boots for both club and country as he assisted Christian Benteke to score one of the equalisers during Arsenal’s 2-2 draw with Crystal Palace on Monday night in the English Premier League.

Prior to the 30-year-old’s performance at the Emirates Stadium on Monday night, he had neither scored nor assisted for the Eagles since November 2020 in a competitive fixture.

But, after receiving backing from his manager at Palace and Ghana coach Milovan Rajevac during the recent international break, the former Olympique Marseille striker appears to be gradually crawling back into life with his latest contribution.

Tomiyasu’s square pass into Partey was an accident waiting to happen. Jordan Ayew didn’t need a second invitation, stealing the ball away from Partey before it broke to Benteke.

But, Alexandre Lacazette scored with the last kick of the game to snatch a share of the spoils for the home side.