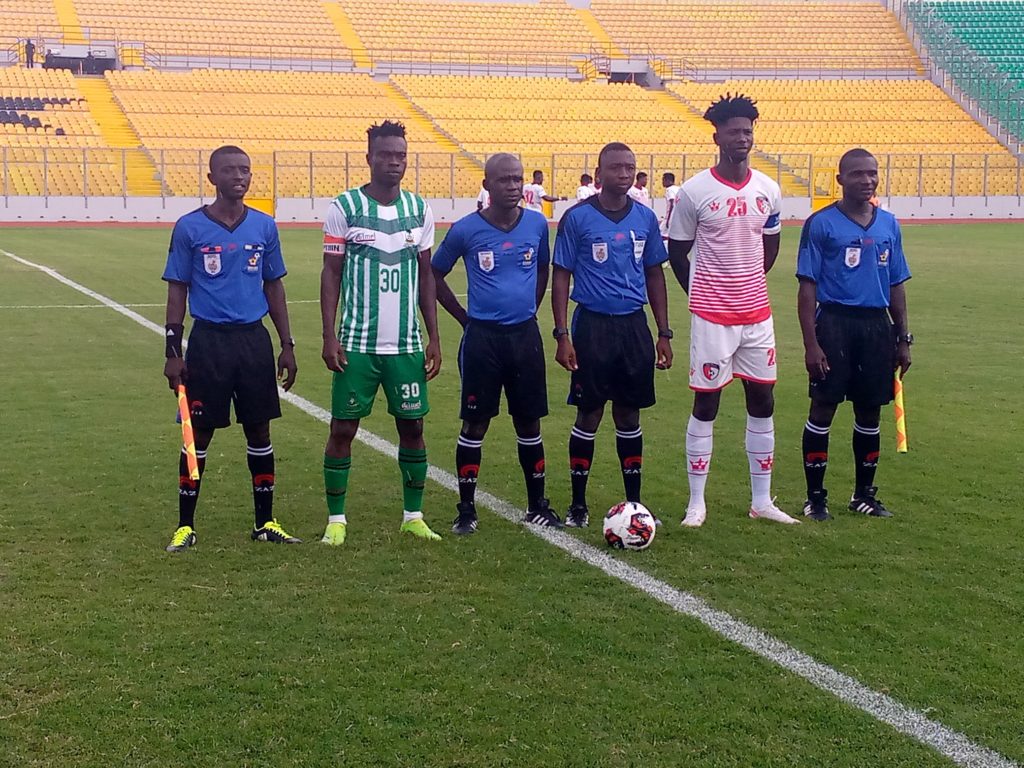 The Academy Boys played the greater part of the second half with a one man down after striker Marvin Owusu got sent off for a second booking.

Striker Ibrahim Osman had the first chance of the match after three minutes but WAFA captain Konadu Yiadom put in a strong clearance.

Faisal inched closer to finding the back of the net three minutes later but  Mawuli Wayo was denied by left back John Tedeku who cleared the ball out for the first corner-kick of the match.

WAFA popped up and started dictating the pace of the match with their lovely pass and move play.

There was injury concern for Faisal when goalkeeper Frank Boateng was forced to come in with a clearance after  poor back pass from Richard Wiafe. It cost the goalkeeper who needed treatment on the field.

After the half hour mark Ortiz Sam came close to giving Faisal the lead but he dragged his shot wide. Then Wayo made another attempt but his effort went wide.

Seven minutes into the second half, WAFA were reduced to ten men after Marvin Owusu picked up a second yellow card for a poor challenge on Evans Sarfo.

On the hour mark, substitute Zubairu Ibrahim had a fine opportunity to give Faisal the lead but goalkeeper Osei Kwadwo Bonsu stopped it.