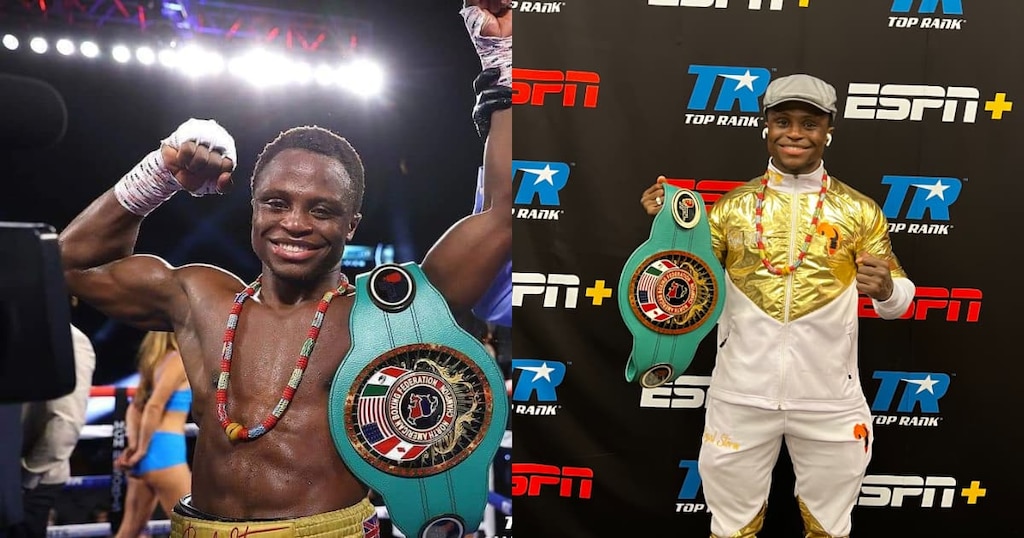 Ghanaian boxer, Isaac Dogboe, has thanked Ghanaians and his fans across the globe for their mammoth show of support during his fight against Christopher Diaz.

Dogboe outclassed his opponent in Las Vegas to win the bout by majority decision, which gets him close to a title fight. In a heartwarming message on Twitter, the young pugilist expressed gratitude to Ghanaians as he continues his new run of success in the sport.

“A massive thank you to you all who supported us over the weekend. I have been reading your congratulatory messages, very refreshing knowing that you’re following my development keenly. LOVE YOU ALL. NEHO,” he wrote on Twitter.

Dogboe’s career looked to be heading to obscurity after back to back defeats to Emmanuel Naverette, but the 27-year-old bounced back strongly and he is currently on a three win streak.

He has defeated Chris Avalos and Adam Lopez of the United States before defending his NABF featherweight title against Christopher Diaz in Las Vegas on Saturday night. Dogboe won via majority decision, after scoring 96 to 94 on judge Tim Cheatham scorecard and 97 to 93 on Don Trella’s card.

But it was a split on judge Erik Cheek’s score card. In videos posted on Twitter by Top Rank Boxing, the Ghanaian dominated his opponent as he inches closer to a title fight.