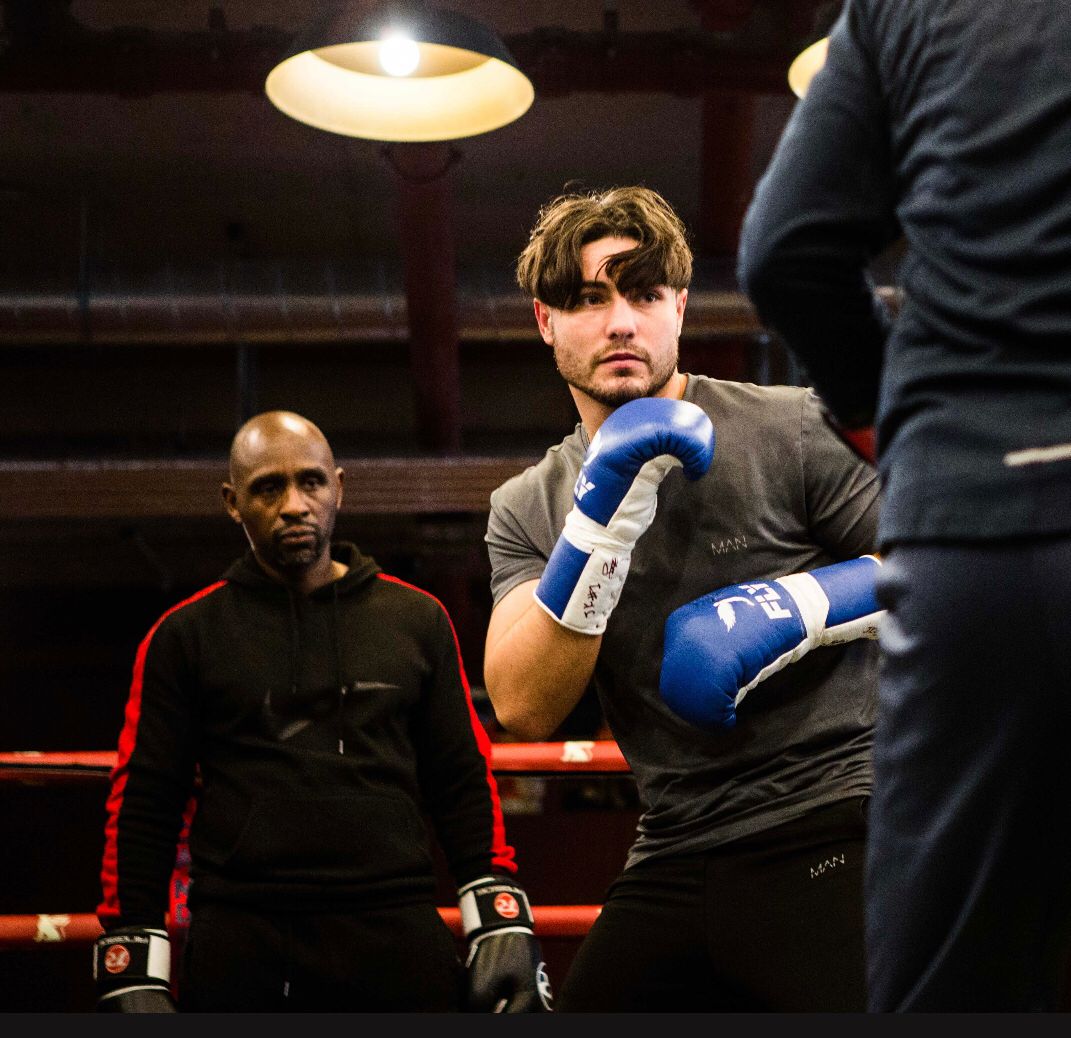 UK based Ghanaian boxing afficionado who prefers to call himself a ‘boxing teacher,’ David Sappor knew his country of birth truly boasted a rich history in the fistic sport but has been left in complete awe after spending time at a host of gyms in Accra following a visit in October this year.

He never pursued boxing to a professional level but Sappor has lived and lives within boxing amid over four decades experience, reason why he is elated to have now established personal relationships with many in the Ghanaian boxing fraternity and why he is keen to offer all the support he can to boxers, coaches and administrators.

Having attended a pre-fight press conference where he also met the bigwigs of Ghanaian boxing including Ghana Boxing Authority (GBA) capo, Abraham Neequaye, David Sappor also took time to tour and learn from the numerous boxing gyms and clubs scattered in Bukom and surrounding environs. In the end, he was left very impressed.

“My visit to Ghana this year was amazing. I got to meet many if not all of the great boxing coaches based in Accra. Coach Fatai Issifu was my main contact and he kindly took me round to many of the gyms in Bukom. All in all it was a phenomenal experience for me as an up and coming coach and I came away very humbled and impressed by the desire and commitment of these young fighters who have turned extremely limited resources into gold and diamonds to feed their families,” Sappor told Sportsinghana.com exclusively.

“I got to meet (GBA) President Neequaye himself. We spoke briefly about his plans to elevate Ghana boxing to the next level on the world stage and various improvement plans he has in mind to enhance the profile of his fighters. I got the chance to test out and train at wonderfully equipped Bukom Stadium at the kind invitation of President Neequaye. This was indeed one of the massive highlights of my trip and it made me realise that the President means every word of what he says to take Ghana boxing to the next level,” he added.

“I met our Olympic bronze medalist Samuel Takyi and studied in detail his current training techniques. I also spent some time with his coach who explained the techniques to me and how they contributed to Sam’s success in the ring,” he continued.

“I went on to see other boxing gyms along the landscape of Bukom and see many of the local fighters train. Coach Fatai took me to the melting pot of Bukom to see the original gym where Azumah Nelson trained as a prospect and he also took me to see Ike Quartey’s boxing origins too,” the UK based Ghanaian added.

He hails from Ada in the Greater Accra Region of Ghana but has been away for such a long time so who is David Sappor?

“I’m an up and coming boxing teacher based in the UK. I use the word teacher because I believe there is a huge difference between a teacher and a coach,” he explains.

“Anyway, I learned my craft by first learning to street fight in 1970s and 80s England. Not long after that I found boxing or rather it found me at the age of 7. After years of being an avid fan and follower of the game, in 2007 I got my first taste of real sparring and competition at the Real Fight Club in London,” he revealed.

“I had 2 fights and won both of them. I got a real chance to cut my teeth at training and getting fighters ready for camps through observation because of the fact that The Real Fight Club boasted an impressive range of professional boxers who frequented the gym such as Carl Froch, David Haye, Ian Napa and Darren Sutherland all of whom became World, European and Olympic champions,” Sappor continued.

“More doors were opened for me when the then owner of the club, Spencer Fearon arranged masterclass lessons with legendary fighters such as Lennox Lewis and Roy Jones Jr. These valuable experiences enhanced my boxing knowledge. Additional masterclasses were held at the club by Robert McCracken who is currently the head coach for Anthony Joshua,” he continued.

“Another fantastic opportunity came my way when I was invited up to Manchester to observe Ricky Hatton prepare for his super match against Floyd Mayweather. This is where I really caught the bug for training and coaching professional fighters,” he stated.

“Ricky’s strength and conditioning coach, Mr. Kerry Kayes took me under his wing and spent several hours teaching me about the secrets behind getting Ricky stronger and primed to make weight for the fight and be in peak condition. He taught me in great detail how resistance weights training could enhance a fighters speed and power. I extrapolated that knowledge and moved on to develop my teaching skills,” Sappor added.

He loves boxing to bits so David Sappor did not just hang around the sport and it’s legendary fighters and trainers, he took professional courses to become a certified trainer.

“In 2018 I took a Hatton boxing training course in Manchester and I’m a fully accredited Elite Hatton Boxing coach. This is an award that is officially recognised by the British Boxing Board of Control. I now reside in Buckinghamshire, UK and train fighters at the BoxFIt Gym in Maidenhead,” he said.

“We have several fighters who are currently preparing for area titles and a couple of prospects who are aiming to turn pro. So I have over 40 years experience in the fistic arts and I want to use that knowledge to help my nation of Ghana,” Mr. Sappor continued.

“I was very happy to meet a young and powerful prospect named Mubarak who is being trained by Coach Fatai. It gave me great pleasure to donate a pair of boxing mitts and other items to him. The huge smile on his face made my day and I look forward to seeing his growth as a fighter. My visit to Ghana was golden and I hope to back home soon to help my motherland,” he affirmed.