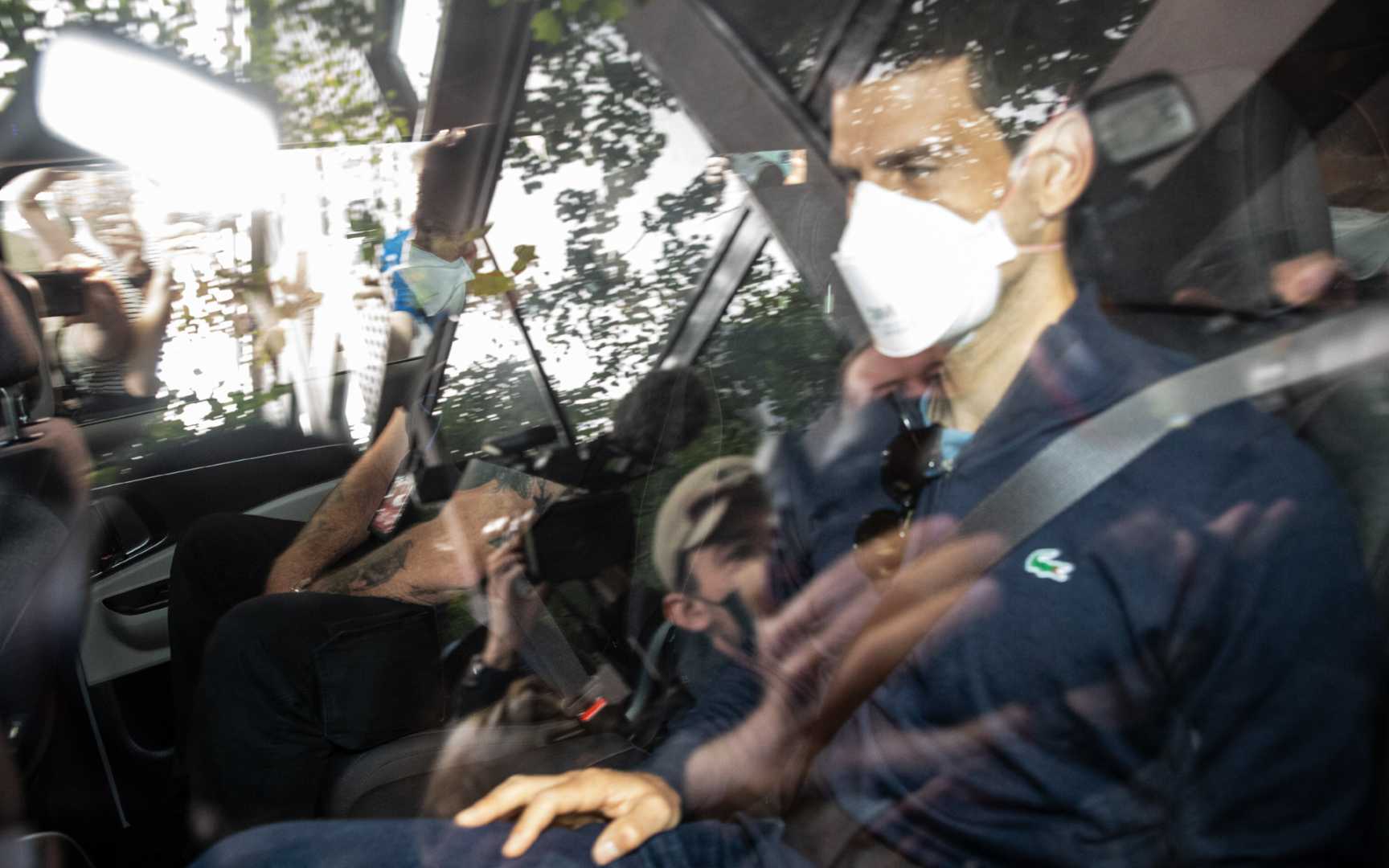 Novak Djokovic has lost his attempt to overturn his deportation from Australia as three Federal Court judges announced shortly before 6:00 pm local time their unanimous ruling to uphold a decision made on Friday by Immigration Minister Alex Hawke to cancel the 34-year-old Serb’s visa. He was also ordered to pay the legal costs of the government. Djokovic will depart tonight on the 10:30 pm Emirates flight to Dubai and will miss the Australian Open scheduled to start on Monday.

DJOKOVIC STATEMENT “I would like to make a brief statement to address the outcomes of today’s Court hearing. I will now be taking some time to rest and to recuperate, before making any further comments beyond this.

“I am extremely disappointed with the Court ruling to dismiss my application for judicial review of the Minister’s decision to cancel my visa, which means I cannot stay in Australia and participate in the Australian Open.

“I respect the Court’s ruling and I will cooperate with the relevant authorities in relation to my departure from the country.

“I am uncomfortable that the focus of the past weeks has been on me and I hope that we can all now focus on the game and tournament I love. I would like to wish the players, tournament officials, staff, volunteers and fans all the best for the tournament.

“Finally, I would like to thank my family, friends, team, supporters, fans and my fellow Serbians for your continued support. You have all been a great source of strength to me.”

ATP STATEMENT “Today’s decision to uphold Novak Djokovic’s Australian visa cancellation marks the end of a deeply regrettable series of events. Ultimately, decisions of legal authorities regarding matters of public health must be respected. More time is required to take stock of the facts and to take the learnings from this situation.

“Irrespective of how this point has been reached, Novak is one of our sport’s greatest champions and his absence from the Australian Open is a loss for the game. We know how turbulent the recent days have been for Novak and how much he wanted to defend his title in Melbourne. We wish him well and look forward to seeing him back on court soon.

“ATP continues to strongly recommend vaccination to all players.”

AUSTRALIAN OPEN MOVES ON FROM DJOKOVIC Following the final court decision, Djokovic has been replaced by Italian Salvatore Caruso, who is ranked 150th and will now face Kecmanovic in the Australian Open on Monday in Melbourne.
Leading tennis figures have been expressing their disappointment at the saga. Rafael Nadal said on Saturday: “Honestly, I’m a little bit tired of the situation. The Australian Open is much more important than any player.”

According to two-time major champion Garbiñe Muguruza, “All this could have been avoided, like we’ve all done, by getting vaccinated, doing all the things we had to do to come here in Australia. Everybody knew very clearly the rules. You just have to follow them and that’s it. I don’t think it’s that difficult.”

Stefanos Tsitsipas, who was the runner-up to Djokovic at last year’s French Open said: “I won’t lie: It has been pretty much on every news outlet the last couple of weeks. It has received a lot of attention. A lot of people are obviously talking about it. That’s why I’m here to talk about tennis. … Not enough tennis has been talked about in the last couple of weeks, which is a shame.”

SATURDAY’S INTERVIEW Novak Djokovic finished his interview with immigration officers at an undisclosed location at 8:00 am local time on Saturday in Melbourne, then he was detained by Australian Border Force at another undisclosed location for safety reasons before attending the Federal Court hearing online – which was overseen by Judge David O’Callaghan – at his solicitors’ office Sunday 10:15 am local time.

IN STATE CUSTODY He has been detained by Border Force following a court-ordered arrangement, that was agreed on Friday. With the government labelling the 34-year-old ‘A threat to public interest’. His lawyers appealed for a second time and lost the case against what they called an “irrational” judgement.

SERBIAN PRESIDENT CALLS NOVAK Serbian President Aleksandar Vucic told Serbian media he had spoken to Novak Djokovic after the court ruling and gave him support: “I told him I cannot wait for him to come to Serbia, to return to his country, to be where he is always welcomed.” In a four-minute video posted to Instagram titled “Support for Novak Djokovic and response to the Prime Minister of Australia”, President Aleksandar Vučić said it was impossible for him not to make a statement about the situation due to the attacks and pressure being placed on the Serb tennis star.

BELGRADE WELCOMES EVERYONE “If you wanted to forbid Novak Djokovic to win the Australian Open for the 10th time, why didn’t you return him immediately, why didn’t you tell him that it was impossible to get a visa?” – “Why do you harass him, why do you mistreat him, as well as his family and a nation that is free and proud?” President Vučić said in a clip published on his Instagram.

Mr Vucic said Australian athletes would be welcomed in a much better way in Serbia at Belgrade World Athletics Indoor Championship 2022 event in March “and we won’t mistreat them due to elections or pleasing the public.“