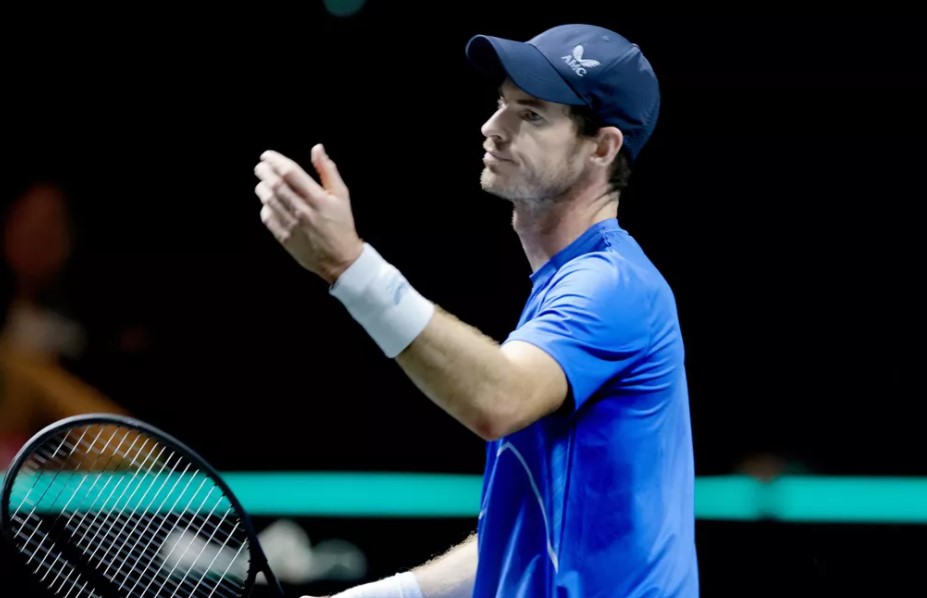 Andy Murray was knocked out of the Rotterdam Open on Thursday night after a straight-sets 6-3 6-4 defeat to Felix Auger-Aliassime.

Murray rarely looked at ease throughout the round of 16 encounter, with the in-form Auger-Aliassime – a quarter-finalist at the Australian Open – turning in a display that once more highlighted his excellent all-court game, and in the end Murray had no answer.

The third seed will take on Cameron Norrie in the last eight after the British number one saw off Karen Khachanov 6-4 7-6 in their round of 16 match.

Talking afterwards, Auger-Aliassime said: “From the start of the match I came ready and focused and I think that was why I was able to produce a high level from the first point on.

“I think expecting the best from an opponent like Andy made me bring out my best tennis.

“I’m really happy with the way I played and to stay ahead the whole match and win in straight sets is a great relief.

“I’ve watched him play numerous time so I know how good he was and how good he could play when he was number one in the world, not that long ago actually. He doesn’t miss a lot of balls.

“You could argue his movement and serve are not the same as it used to be but it’s still so good and at such a high level so I really hope he can keep playing well and come back to where he belongs.”

And on the prospect of facing Norrie, he said: “Different conditions, slower court here so I think it’s good for him. He’s quicker around the court, he puts a lot of balls back so it’s going to be an interesting match.

This convincing loss is another blow to Murray as he seeks to climb his way back up the world rankings and into the running for the game’s major prizes – a position where he spent so many years prior to his series of injuries.

Of some comfort for Murray is that at least his body seems to be holding up, and he was certainly made to run by the 21-year-old throughout a one-sided opening set.

Auger-Aliassime raced into a 4-0 lead before Murray found a foothold, but he could only claw back three games before the Canadian closed it out.

Both players were struggling with their ball toss – with the venue’s lights perhaps to blame – and that seemed to contribute to a topsy-turvy start to the second set.

First Murray was broken early, but he broke back immediately to love to raise his hopes. However he was having difficulty winning any free points on his misfiring serve, as a result finding himself break points down again in the fifth game.

Auger-Aliassime took full advantage to grab a 3-2 lead and it was one he never relinquished, holding serve three times thereafter to seal the win.

Murray could only reflect on a poor first-serve percentage of 57% that ultimately cost him the chance to build any momentum in the match.

Murray’s next stop on the circuit will be the Dubai Tennis Championships which begin next week, an event he won in 2017.

Of the Scot’s participation, tournament director Salah Tahlak said: “We are delighted to welcome Andy Murray to Dubai once again.

“Despite the limitations that a succession of injuries have placed upon him, there is absolutely no question that his remarkable competitive spirit is as strong as ever and that he can still challenge the very best in the sport.

“Clearly, no-one can write off his chance of success and it will be very interesting indeed to see him compete against such a strong field here.”