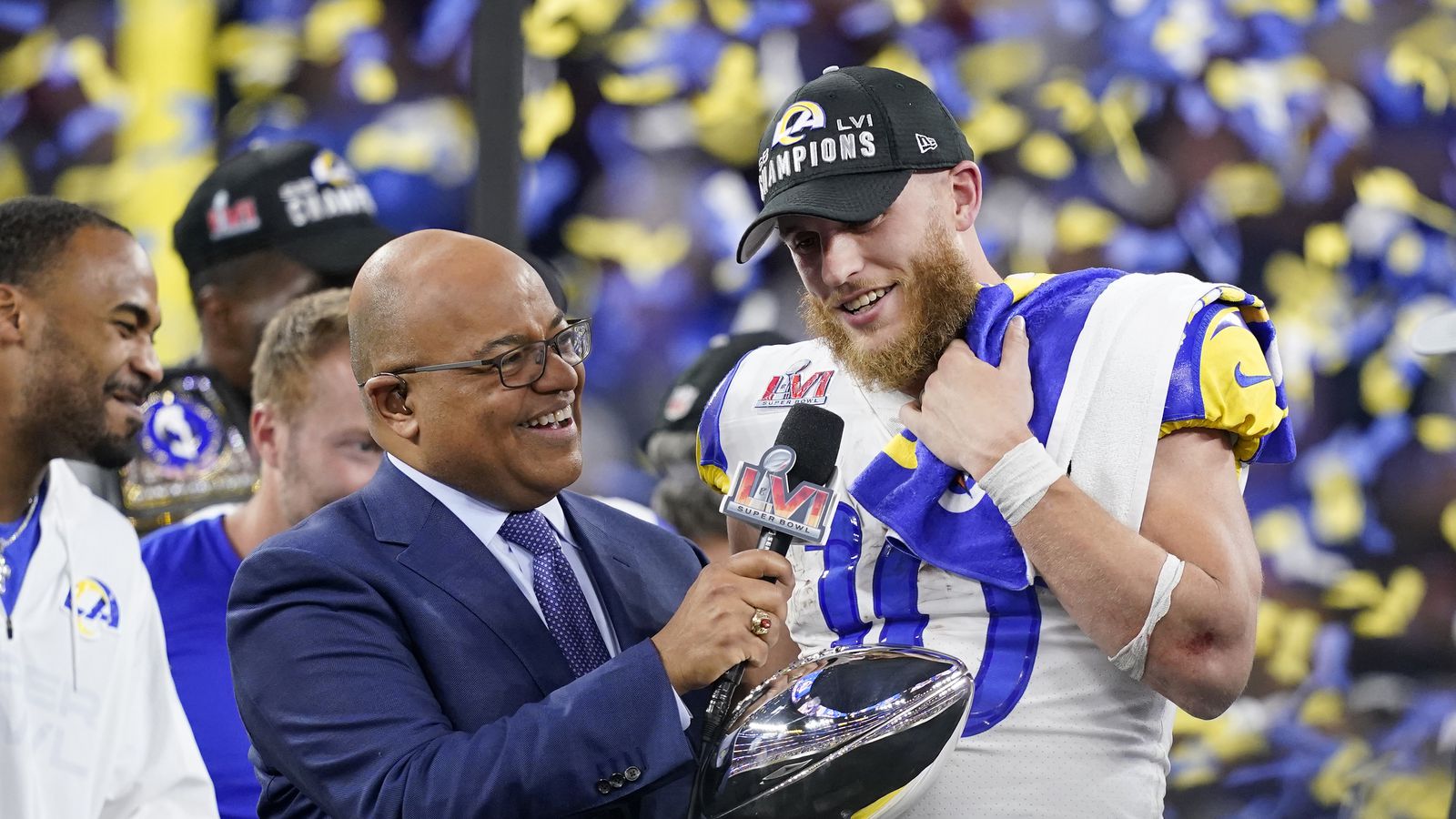 Fittingly, Super Bowl LVI was won by the NFL’s most prolific offensive player. Cooper Kupp’s 1-yard touchdown with 1:25 left served as the winning score in the Rams’ 23-20 victory over the Bengals. Kupp was named Super Bowl MVP after catching 8 of 10 targets for 92 yards and two touchdowns. Kupp is the eighth receiver to win Super Bowl MVP.

Kupp’s 11-yard touchdown reception early in the second quarter gave the Rams a 13-3 lead. He caught four passes for 34 yards on the Rams’ game-winning drive. Kupp also converted a fourth-and-1 with an 8-yard run on a jet sweep with five minutes left.

“I don’t feel deserving of this,” Kupp said on the podium after the game, via NBC Sports. “God is just so good. I’m just so thankful for the guys I get to be around.”

Kupp recently became the first wide receiver to receive a regular season MVP vote since Randy Moss in 1998. Kupp finished third behind Tom Brady and Aaron Rodgers, the latter of whom won his fourth MVP award.

The 28-year-old receiver led the NFL in catches, receiving yards and touchdown receptions during the regular season. His 147 receptions and 1,947 receiving yards were the second-highest regular season totals in league history. Kupp became the first receiver in league history to surpass 2,000 receiving yards in a season during the Rams’ win over the Cardinals in the wild card round of the playoffs. In 21 games this postseason, Kupp tallied 178 receptions for 2,425 yards and 222 touchdowns. That production helped deliver the Rams’ first Super Bowl win as a Los Angeles-based team.

“I truly believe this would not be possible without my family, without my wife, without my boys, without the support system that I have behind me,” Kupp said upon winning Offensive Player of the Year, via the Rams’ team website. “I’m just so incredibly thankful for them and for their willingness to sacrifice to allow me to play this game with the respect that it demands.”