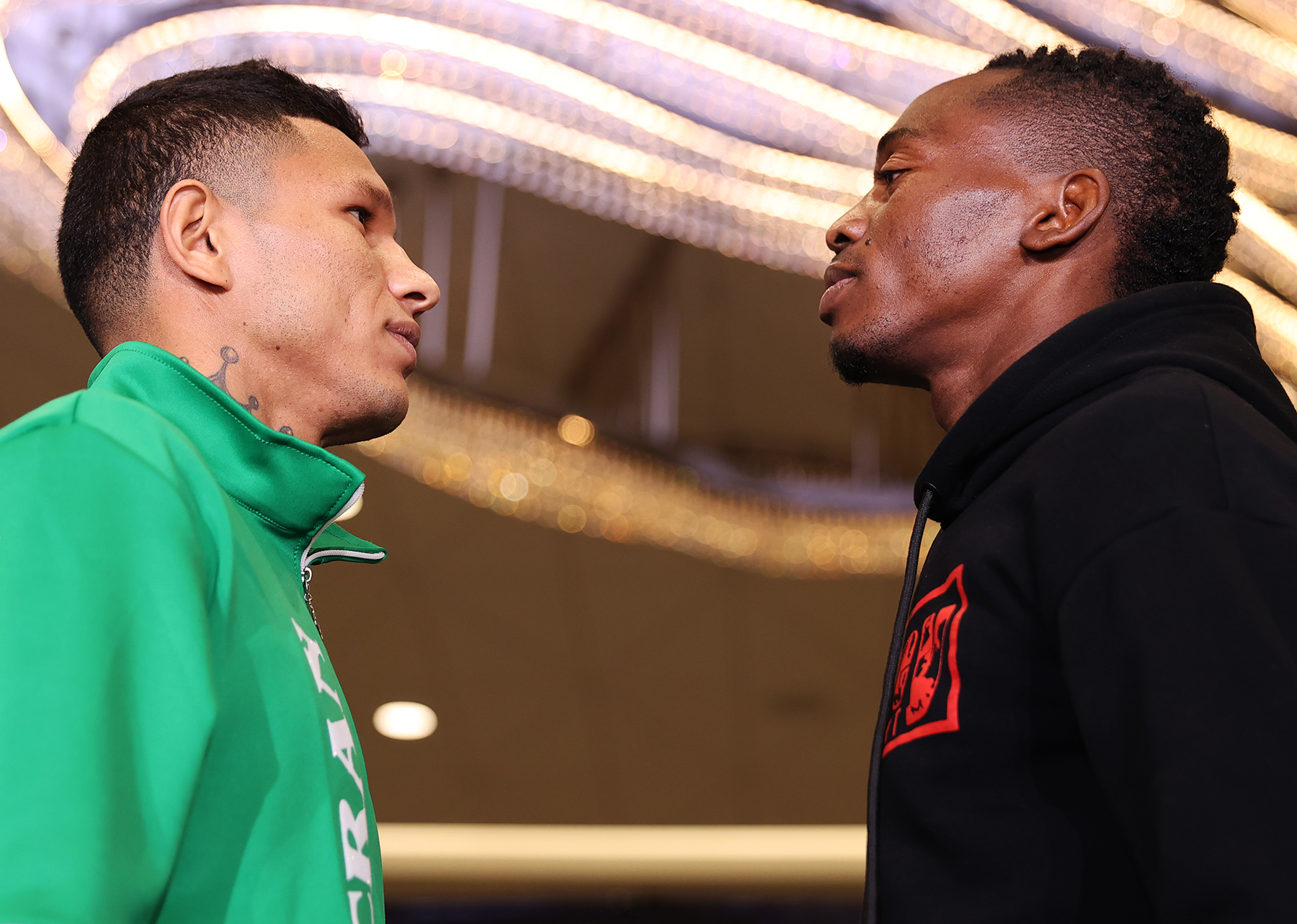 Former WBC super featherweight world championMiguel “El Alacran” Bercheltis all about new beginnings. After reigning at 130 pounds for more than four years, he has set his sights on conquering the lightweight division.

This is what Berchelt and Nakathila had to say at Thursday’s press conference.

“I feel good. I feel happy. I want to thank Top Rank and Zanfer for always handling my career well. I feel very motivated and focused on winning this fight. I know I’m facing a tough fighter in Jeremiah Nakathila, whom I respect a lot. But I’m coming to show that I can once again be world champion. This Saturday, I will show that.”

“The process following my last fight went well. It allowed me to rest. It helped me to get rid of the fibrosis that I had as a result of COVID. Now I feel new in this new city and with a new trainer. I’m in a new division, and I have new dreams to achieve. I want to be world champion again.”

“I feel better. I feel stronger. I think my body needed to move up in weight. I was a world champion for four years. Now I’m coming for the victory this Saturday.”

“I’m very focused and prepared for what I want to do this Saturday. I want to win this Saturday and make it so that the name of Miguel Berchelt is considered among the top of the division. They definitely will have to take me into account, and I will show that this Saturday.”

“Fans can expect a great show. Miguel Berchelt is coming very hungry and with a strong desire to once again become world champion. I’ve been training for this fight since November in Las Vegas. I left my family. I left my house. I left a lot of things behind just like I did when I started in boxing. I will make sure that all those efforts were worthwhile.”

“I like fighting. Him being an aggressive fighter is a good thing for me. I can see that he’s awake now. But I want to tell him to be careful because I will put him back to sleep.”

“This is a very exciting time for me. Seeing all that promotion and excitement motivates me a lot. I just like the way Top Rank promotes the events. It’s on another level.”

“Expect fireworks. Come Saturday night, I’m going to destroy Miguel Berchelt, and I will be victorious.”

Promoted by Top Rank, in association with Zanfer Promotions, tickets starting at $25 are on sale now and can be purchased at www.rwlasvegas.com/experiences/top-rank.