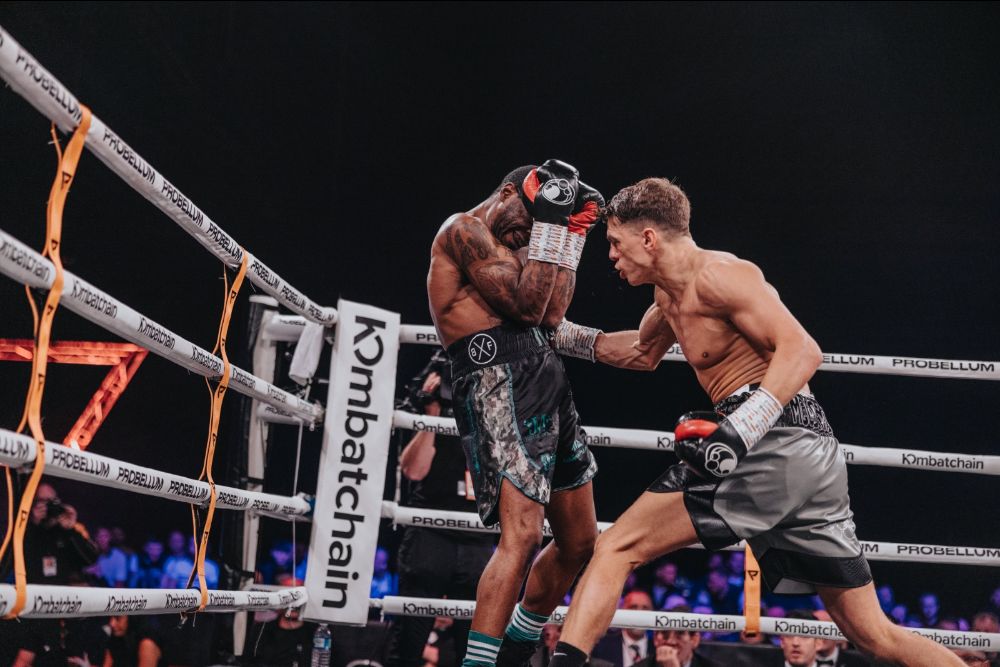 The Olympic silver medallist landed a left hook to the body of Justin Menzie with just over 90 seconds left of the opening round at Probellum Throwdown in Newcastle.

Menzie was in agony from the expertly placed shot and was unable to beat the referee’s count.

McCormack’s huge home support at the Utilita Arena went wild and chanted ‘There’s only one Pat McCormack’ as they celebrated his perfect introduction to the paid ranks.

“I’m very happy, it was a good performance in front of all of these amazing fans,” McCormack said.

“Getting a first round stoppage on my debut, I couldn’t be happier.”

Earlier in the night, Troy Williamson dragged himself off the floor to out-point Mason Cartwright and retain his British super-welterweight title in a fight of the year contender.

The Darlington man won the belt in a classic with Ted Cheeseman last year and delivered yet more drama in front of a frenzied crowd at the Utilita Arena.

“What a fight, what a fight!” said Sam Jones, Head of Talent Relations at Probellum.

“Huge credit to Mason.  I thought some of the scorecards were too wide, I had it by one round for Troy, but what a fight.”

Cartwright said: “This was my first 12 rounder and we’ve just had a great fight – maybe we can do it again?”

Mark Dickinson picked up a valuable six rounds against the tough Hungarian Peter Kramer, winning 60-54 on the scorecard, and said: “He was a tough guy with a winning record so it was good to get the rounds in.

“These are the kind of fights I want, and you don’t see many fighters my age, in their third fight, going in with guys who have winning records.

“I want to say a big thank-you to the North East fans, they are the best fans in the country.”