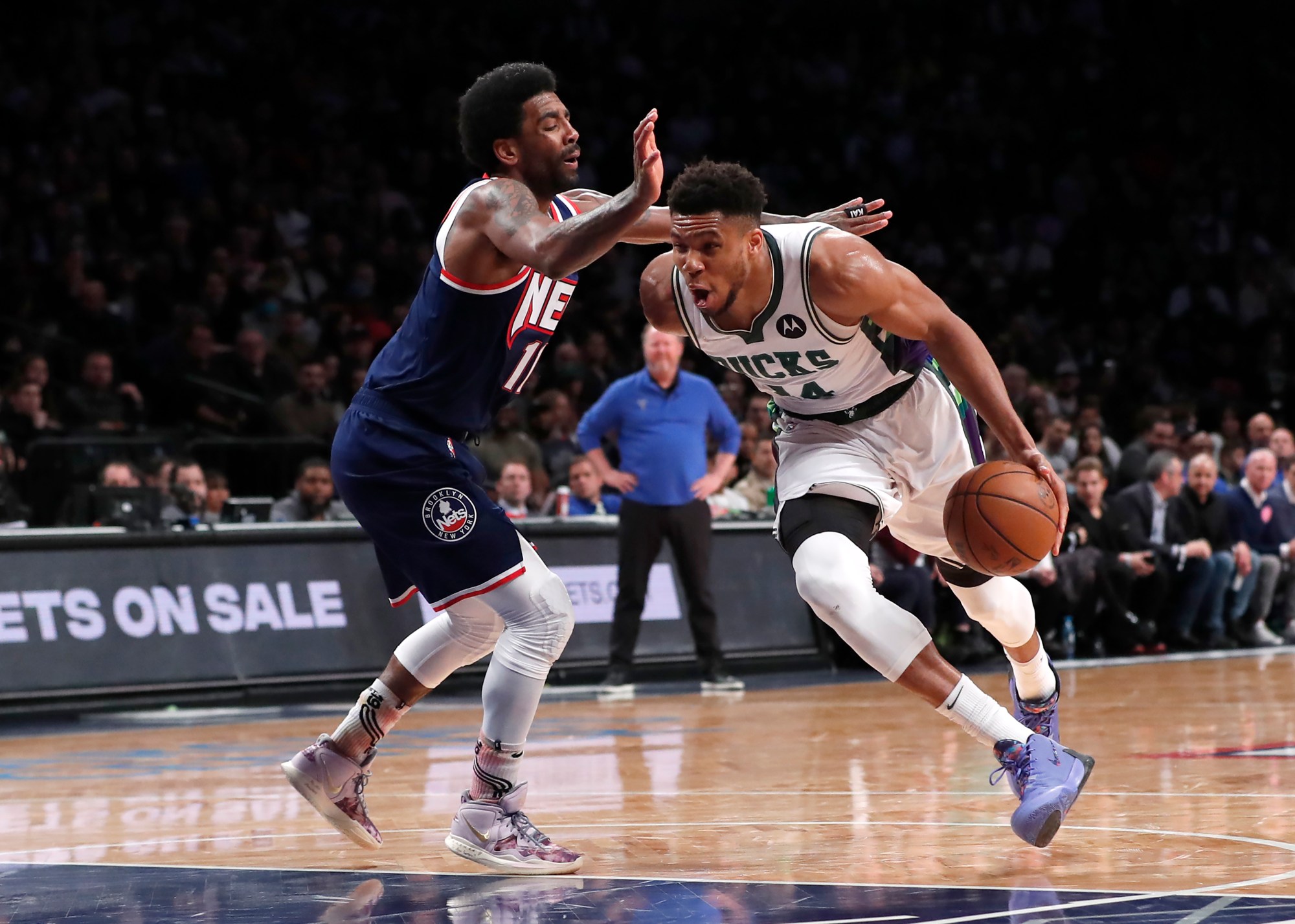 Giannis Antetokounmpo passed Kareem Abdul-Jabbar to become Milwaukee’s career scoring leader on a 3-pointer that forced overtime, and then made two free throws in the final seconds to give the Bucks a 120-119 victory over the Brooklyn Nets on Thursday night.

The defending NBA champions clinched a return to the postseason with the win, in which Antetokounmpo had 44 points, 14 rebounds and six assists.

Antetokounmpo loved the fact that he became Milwaukee’s career scoring leader on a 3-pointer, so nobody can say he’s just a dunker anymore.

Otherwise, there was no reason for celebrating after passing Abdul-Jabbar.

“When I’m done we can talk about it, but now there’s no time,” Antetokoumpo said, looking ahead to Friday’s game against the Clippers. “There’s things that have to be done.”

Just as in the memorable end to their second-round series last summer, when the Bucks overcame 48 points from Durant — most ever in a Game 7 — overtime was needed to determine a winner. Milwaukee took that one 115-111 and pulled it out Thursday behind a second straight 40-point game from Antetokounmpo.

Antetokounmpo came into the game 39 points behind Abdul-Jabbar, the NBA’s career scoring leader who had 14,211 points after beginning his career in Milwaukee.

In his ninth season with the Bucks, Antetokounmpo is now the franchise’s all-time leader in points, blocks and triple-doubles. He also entered tonight’s game second in Bucks history in field goals made, second in free throws made, seventh in threes made, second in rebounds, second in assists and fifth in steals.

An NBA champion, two-time Kia MVP, the reigning Finals MVP, five-time All-NBA selection, six-time All-Star, Defensive Player of the Year, Most Improved Player award winner and member of the NBA 75th Anniversary Team, the 27-year-old Antetokounmpo has appeared in 652 games throughout his NBA career with the Bucks after being selected by the team with the 15th overall pick in the 2013 draft.