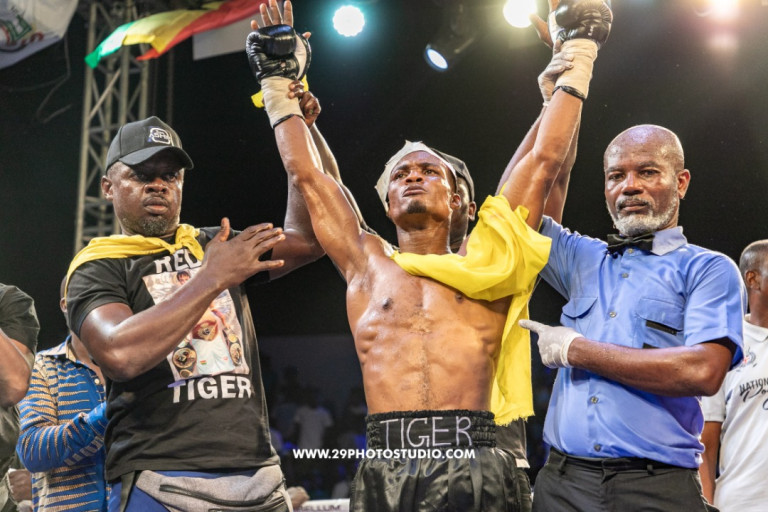 The Imax Boxing Promotions Syndicate, managers of the Deluxy Professional Boxing League have decided to manage three Ghanaian boxers who are participating in the League.

According to reliable souces, the three boxers have been named as George ‘Red Tiger’ Ashie, John Quaye aka ‘The Magician’ and Charles Yaw Tetteh, a budding talent who was discovered on Fight Night 3.

The three boxers have thrilled boxing fans with amazing skills in recent bouts at the Bukom Boxing Arena.

IBF Continental Africa champion, George Ashie who trains at the Attoh Quarshie Gym under Coach Vincent Akai Nettey told fans that he will certainly represent his gym in the Deluxy Paint Boxing League.

John Quaye, the current star of the competition who represents the Sea View Gym said his target is the brand new Renault Car at stake for the best boxer.

Clement Tetteh is an up and coming boxer who is very aggressive to succeed. He represents the Panix Boxing Gym, and happens to be one of the future champions of Ghana.

Meanwhile, the GBA President, Mr. Abraham Neequaye has commended all the boxing clubs, coaches, managers and the boxers who have feature on the Deluxy Paint Boxing League.

He said the future is very bright as other sponsors are coming to support the League.

“We are paying the boxers good money when they feature and we want to make all stakeholders in Ghana Boxing happy,” he stressed.