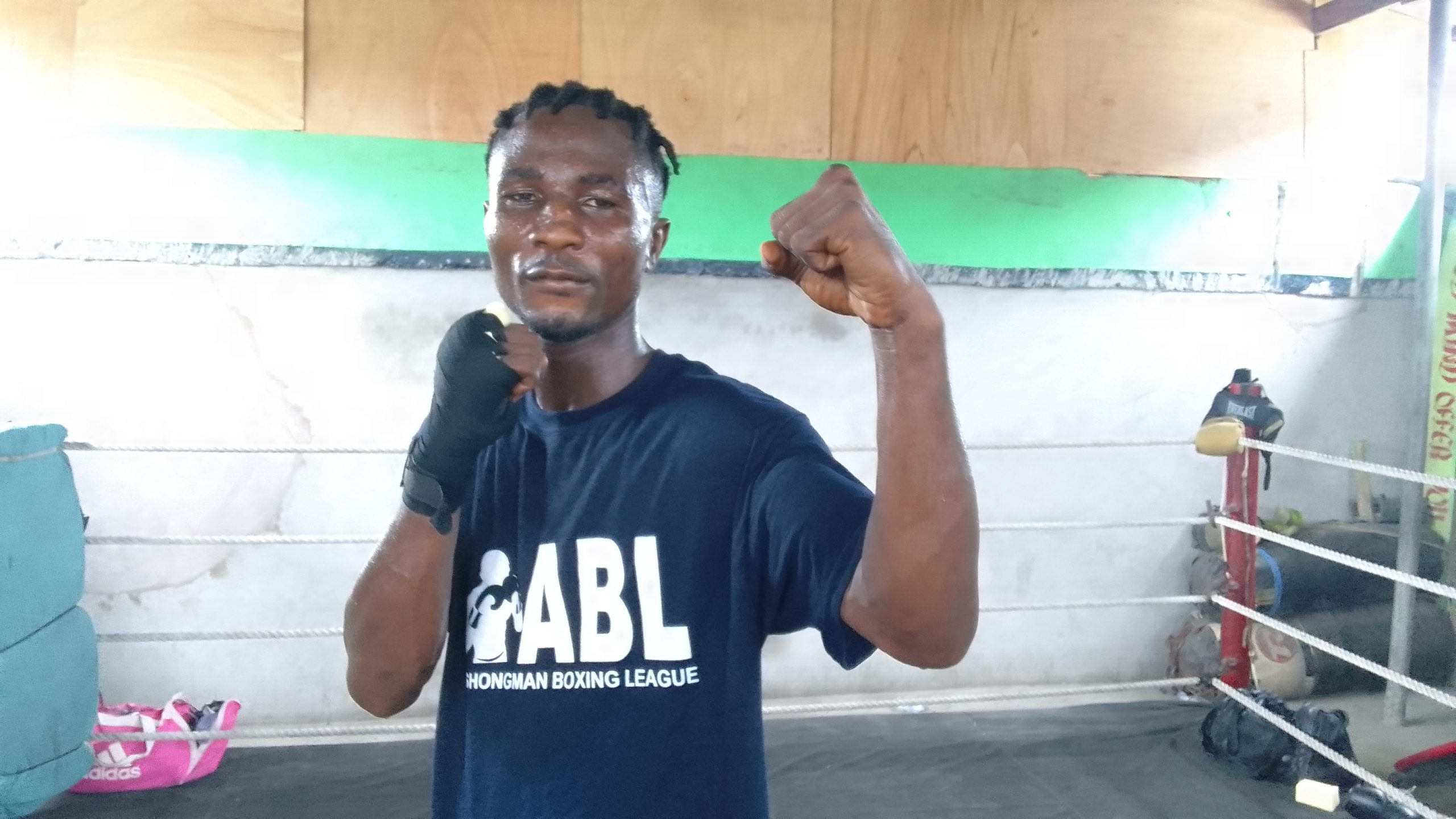 27 year old Ajom (17-2-1, 14 KOs) believes this is an opportunity he can’t let go to realise his dreams of annexing an international title when he battles the 26 year old Khatchatryan at the Stade du Heysel in Brussells at the end of next month.

Felix Ajom AKA Alvaro- Ready to announce himself big in Belgium

The show is put together by 12 Rounds Promotions headed by the Vanackere siblings, Alaia and Nicola, and it offers Ajom the platform to announce himself to the boxing world.

The Ghanaian who is trained by world championship coach, Lawrence Carl Lokko is expected to depart Accra a week to fight day with his coach of course as well as assistant trainer, Collins Ameyaw Osei and his manager, Enoch Sowah Adjetey.

And Team Ajom remain keen on getting a big win far away from home, why they have intensified training and are already plotting the demise of Khatchatyran come May 28.

“He is a former national and PBC champion and we have been looking at the bigger picture, to move up, so the IBO title is just an answer to the opportunity we have been waiting for,” said Enoch Sowah Adjetey, aforementioned manager of Ajom.

Felix Ajom after a training session

“And confirmation of this fight comes at a time when our own gym mate, Emmanuel Game Boy Tagoe just lost which is not a happy moment. My ward Felix Ajom is very optimistic and confident to appease the Ghanaian boxing populace by winning the IBO championship in Belgium,” added Mr. Adjetey.

The boxer himself is not getting distracted with even more than a month to his first fight outside of this country, Ajom remains focused in the gym and is assuring his fans and countrymen of a resounding victory over Khatchatyran, notwithstanding the climate conditions.

Ajom captured during training at the Bronx Boxing Club on Tuesday

“I’m not worried about anything at all, it has always been my dream to fight outside Ghana and showcase my skills to the outside world so this is a chance I have been desperately waiting for. Now that’s it’s here I’m just going to focus on getting better and ready for May 28,” Ajom told the social media blog, Dornu’s Corner whilst training at the Bronx Boxing Club in Accra.

“I’ve been preparing for a long time so I’m more than ready as you can see everybody in the gym busy doing some work. We don’t joke here at all and it’s the same mindset and approach I’m taking to Belgium, I assure my fans and Ghanaians that I’m going to bring the IBO title home,” he emphasised.