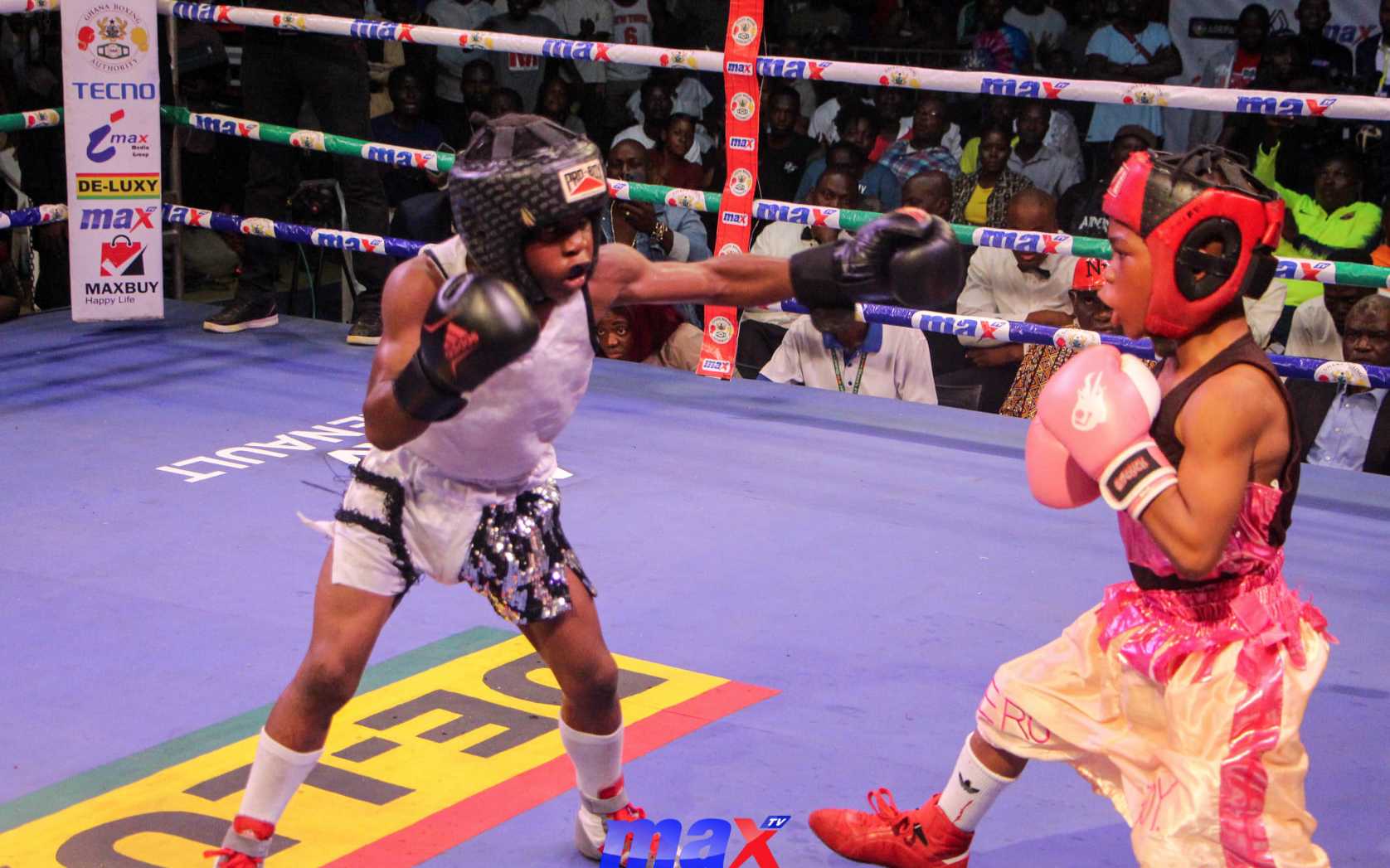 Popular Juvenile boxers, Mohammed Ablorh and Prince Larbie were the toast of boxing fans who witnessed the Fight Night 4 of the exciting De-luxy Paint Professional Boxing League at the Bukom Boxing Arena on Saturday, April 16, 2022.

The two boxers, who are already champions in their own right, made boxing fans cheer throughout the three rounds that they were in the ring.

Prince Larbie aka ‘The Buzz’ was at his busy best leashing out all his hooks and powerful punches, however Mohammed Ablorh whose uncle is the great Azumah Nelson proved that boxing is in his blood as he took the fight cool and was at his tactical best dishing out jabs and punches at the right time and had the crowd behind him.

The bout of the wonder kids was declared a draw, and they had much to take home as Mr. Isaac Tetteh of TT Brothers presented them 3,000ghc each, the MP of Odododiodoo, Hon Nii Lante Vanderpuye offered them scholarships to complete their basic education, while Emmanuel Addo, a former boxer turned trainer in the USA also promised to facilitate their movement to America to train in his gym.

Others including world-rated lightweight boxer Emmanuel ‘Game Boy’ Tagoe and Michael Annan of Dons Promotions and the GBA President, Abraham Neequaye also presented them with cash prizes in various denominations.

Prince Larbie, who is trained by his dad at the Will Power Gym is one of the fastest punches in the world. He is in stage 3 pupil of Kiddie Class School. The 8 year old has already attracted international media recognition. He has also won laurels and was recently appointed Ambassador by SparBar.

Mohammed Ablorh also 8 years old loves to be called ‘Mohammed Ali’ as he flies like a butterfly and stings like a bee. Both boxers displayed their dancing skills after the bout.