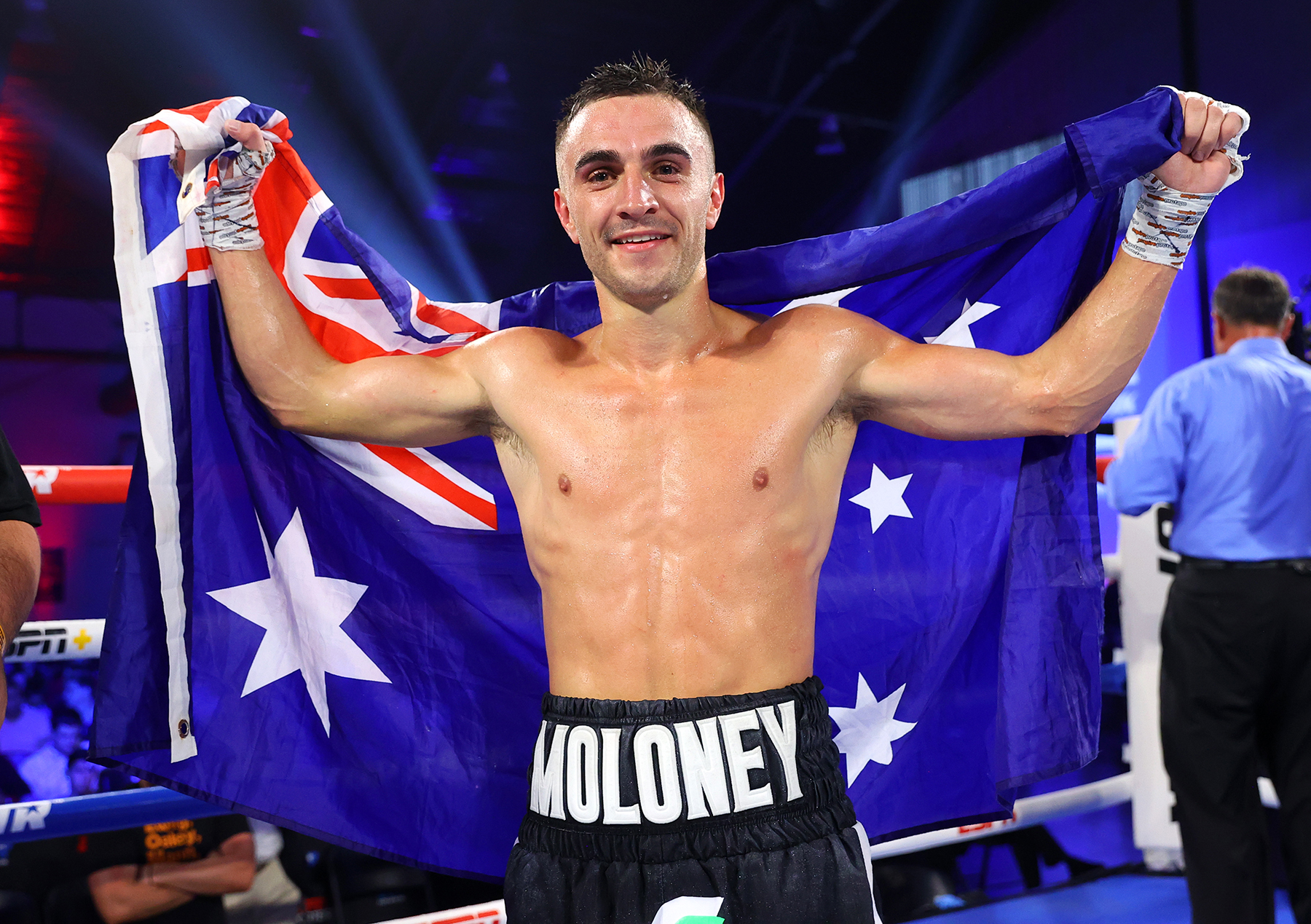 COSTA MESA, CALIFORNIA - APRIL 09: Jason Moloney is victorious as he defeats Francisco Javier Pedroza during their bantamweight fight at The Hangar on April 09, 2022 in Costa Mesa, California. (Photo by Mikey Williams/Top Rank Inc via Getty Images)

Australian star Jason ‘Mayhem’ Moloney is looking to chase the fastest route to the world title.

The all action Australian bantamweight has challenged for the world title on two occasions, losing a controversial decision to Emmanuel Rodriguez before putting up a valiant effort against pound for pound star Naoya Inoue.

Moloney reflected on his previous attempts at a world title and opened up on what’s changed now.

He said, “Experience is the key, that’s the difference now. I’ve not only been in with world champions, I’ve been in with the pound for pound elite in Naoya Inoue and I know I can compete with the very best of them. That ring time is extremely hard to match for any fighter.

“I still to this day feel I beat Rodriguez years back in Scotland, but I moved on and signing with Top Rank has been a blessing and I’m grateful to Tony Tolj and the team who put that all together and take care of my career. I have a great team that have always made wise moves for me in and out of the ring, and I believe they are the right people to land me another world title opportunity, that’s what I want next.

“I’d love a fight with Nonito Donaire, I’ve always said that, but my career isn’t going on hold to see what happens between Inoue and Doniare in their second fight. I want to be world champion in 2022. Given the opportunity, I’m confident I will achieve that.”

Since his last world title tilt, the Top Rank promoted Moloney has comeback with an excellent win against Josh Greer, and emerged victorious in his last outing in May on ESPN. With that in the background Moloney discussed his targets for the remainder of 2022.

‘Mayhem’ stated, “I’ve got eyes on Butler vs Sultan this weekend in Liverpool. I feel I beat them both. I don’t know what’s going on with Casimero as world champion. He seems to be having issues and I said before, I’m not in the business of waiting around for others, I want to be world champion at the next available opportunity.

“I respect all fighters, it takes a real man to get in a ring. I just feel I’m more experienced, I’m fresher and I have operated at a far higher level than Butler and Sultan, so if they get upgraded to the WBO world champion, I’d be happy to fight either of them next, whether that be on a big show in Australia, traveling to the UK or in the United States, it doesn’t really bother me. The outcome would be the same, Mayhem is coming for everyone!.”