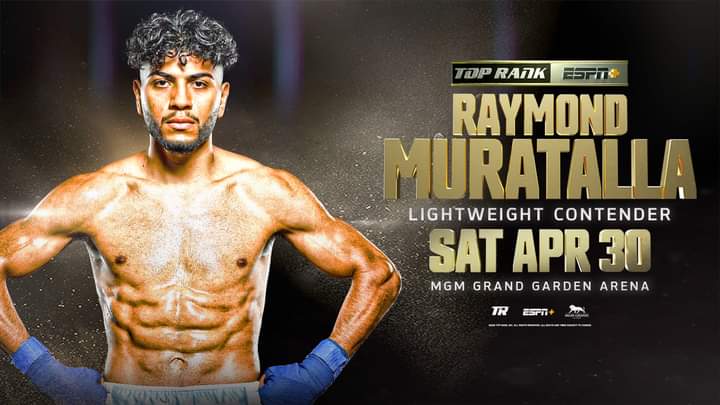 Muratalla (13-0, 11 KOs) grew up fighting in his father’s backyard boxing ring in Fontana, a well-known cultivator of talent that saw everyone from Ryan Garcia to 2016 U.S. Olympian Karlos Balderas step through the ropes. After a fruitful amateur career, Muratalla turned pro in Mexico in 2016 and worked his way up the SoCal circuit before signing a long-term deal with Top Rank. In 2020, he won two fights inside the MGM Grand Las Vegas Bubble and emerged as a contender to watch in 2021. Last November, he made the most of his opportunity on the televised Terence Crawford-Shawn Porter PPV undercard, stopping Elias Araujo in five rounds. Hill (16-2, 11 KOs) won his first 14 fights before a 1-2 skid that saw him drop competitive decisions to Steven Ortiz and Nahir Albright. He kicked off his 2022 campaign with a second-round knockout over Jonathan Perez in New Orleans.

In other undercard bouts:

Promoted by Top Rank, tickets are on sale now and can be purchased by visiting AXS.com.