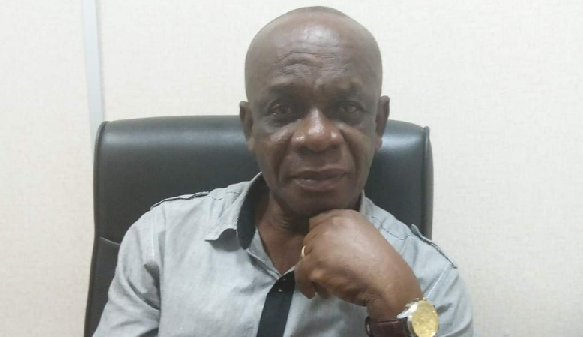 Coach Ken Augustt has cautioned against complacency since Ghana’s group in the 2023 Africa Cup of Nations (AFCON) qualifiers is one of the easiest in recent times.

Ghana was drawn against Madagascar, Angola and Central Africa Republic in Group E of the 2023 AFCON. The former Great Olympics and Heart of Lions coach believes with Ghana’s pedigree, there is no way they will not qualify.

That notwithstanding, he warned that the Black Stars could laugh at the wrong side of their mouth should they underrate any of the teams in the group because football had evolved with other countries investing more into infrastructure than Ghana.

“We don’t have minnows now in African football; football is developing so fast that we are more or less lagging behind. “If you go to Togo, Benin and other small African countries, what they are doing now we are unable to do it.They are developing their infrastructure and exposing their talents,” he told Daily Graphic in an exclusive interview yesterday.

Coach Augustt said the current Black Stars players had what it took to qualify from the group but advised the handlers to consider beefing up the squad with a few players ahead of the Qatar 2022 FIFA World Cup to ensure the team was competitive enough to face any opponent.

He also charged the Stars’ technical team to consider some of the foreign-based players with Ghanaian parentage who are pledging to play for Ghana, insisting that some of them were needed to help strengthen the team to perform at the World Cup.

We are going into a more serious

competition, that’s the World Cup, so we need to let go past issues.

“If there is the need to bring in Sulley Muntari, why not this time? Let us not go back and look at what happened before because we need a stronger team,” he said.

He also challenged the coaches to vary the tactics of the team of often playing one attacker on top and try to use another as a decoy to always support the lead striker which, he said, could help get the goals.

“We have to open up from either one of the wings or double the attack because if you double the attack naturally, three defenders will try to stop the two attackers so its advantageous for us to get space in the middle and go through,” he said.