Avion FC President is a thief; I'll report them to Cameroon FA and FIFA - Mfegue's agent 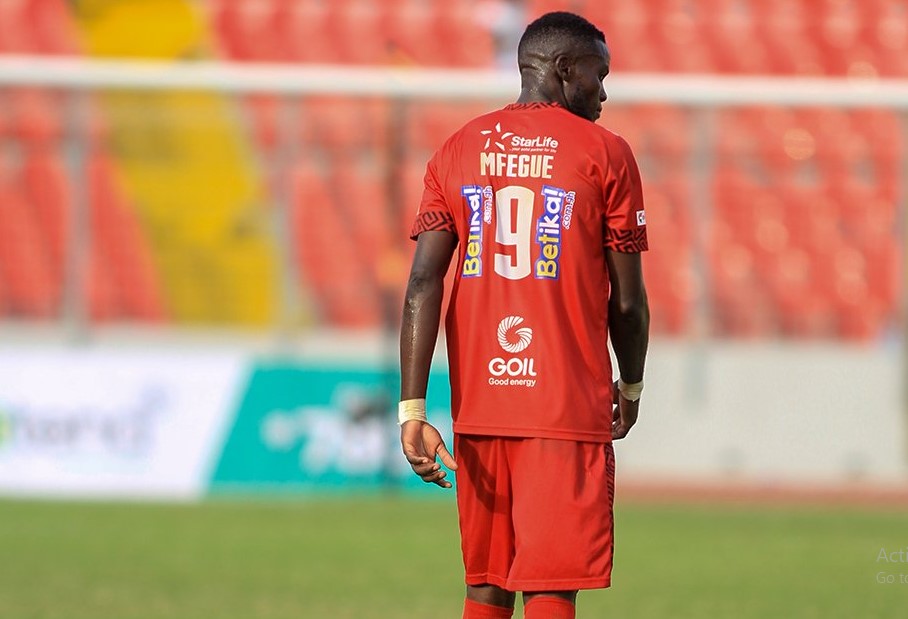 On Monday, news emerged from Cameroon that Avian Academy FC the club who sold George Rodrigues Mfegue to Kotoko are set to drag the club to FIFA over non payment of his transfer fee.

The striker joined Asante Kotoko at the start of the 2021/2022 season from Avion Academy with a transfer fee of 30,000  Euros agreed between the two clubs.

Kotoko paid half that amount and promised to pay the final part in March 2022 but have since refused to honor their promise.

It has been a month after the payment date elapsed and the Cameroonian side are yet to hear from the porcupine warriors.

“They were supposed to complete the payment by March 15 but they have not done so to date,” President of Avion Academy, Pierre Batamak is quoted as saying by Kick442.com.

“It payment is not made by May 1st, we will work with our legal team and report Kotoko to FIFA,” he added.

But Tonfack Essofack who claims to be the player’s agent says that the club owes him commission after reciving the first installment of the payment and he will rather report them to the Cameroonian FA and FIFA.

“I am the agent of Mfegue. After the president of Avion Club received the first part of the money, he was supposed to pay me twenty percent commission but he said he doesn’t know me” he told Ghanasportspage.com in an interview.

“I gave the player to Kotoko although he was a player of Avion. I have the documents of the player concerning the contract. I met both clubs before the deal.

“I don’t have any problem with Kotoko but Avion.

“They’ve contacted me to take the remaining money from Kotoko but I said I can’t do anything because they said they don’t know me.

“They can’t drag Asante Kotoko to FIFA without giving me my commission.

“They were supposed to give me my first commission after the deal.

“I was in Germany but I sent Amadu (a member of my management).

Kotoko paid the first part of the money after the deal.

“The second part was supposed to be paid the last month but according to FIFA, it should be three months before they can hold them responsible.

“The Avion Club president is a thief. He is not a serious man, they are fake.

“Kotoko doesn’t have any problem with me.

“They don’t have any right to spoil the name Kotoko or drag the club to FIFA. I will also drag them to FIFA if they do so to Kotoko.

“Kotoko is a big club, they can’t demolish their image.”

Mfegue has been a member of the Kotoko team, scoring six goals and providing three assists in 20 matches as they push for the league title.