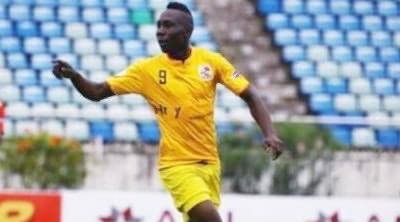 The 23-year old has reportedly signed a three-year deal with the defending Ghana Premier League champions after impressing the technical handlers at training.

The 23-year old has reportedly signed a three-year deal with the defending Ghana Premier League champions after impressing the technical handlers at training.

Report says Ouatching arrived in Ghana weeks ago from Cameroon to undergo trials and has impressed hence signing the deal.

Ouatching is expected to play for Hearts of Oak next season.

His inclusion comes as huge boost to Hearts of Oak as they strengthen their attack for a showdown next season.