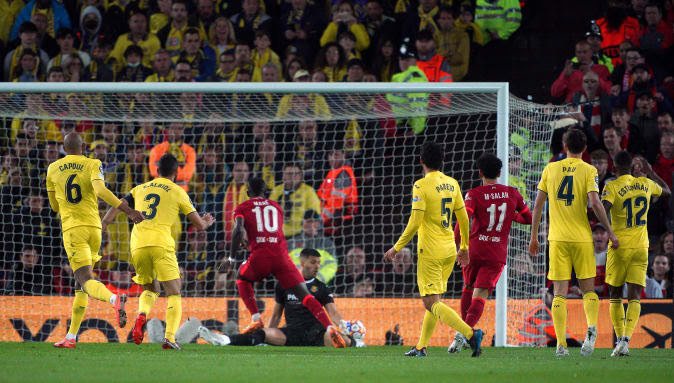 Liverpool beat Villarreal 2-0 in the first leg of the Champions League semi-final at Anfield on Wednesday to put themselves in a good position to make their third final in five years.

The Reds dominated from the first minute but came away from the first half frustrated as it ended 0-0 with Thiago Alcantara going closest when he smashed the post from 30 yards.

The hosts started the second half on the front foot again and were rewarded with two goals inside three minutes.

Jordan Henderson’s cross in the 53rd minute from the right took a huge deflection and looped in over Villarreal keeper Rulli to make it 1-0.

Two minutes later the lead was doubled when Mohamed Salah played in Sadio Mane who poked home from close range.

It looked like Liverpool had added to their lead when Andy Robertson volleyed home Trent Alexander-Arnold’s cross but the left-back had just crept offside.

The return leg takes place in Spain next Tuesday and Klopp will be looking for a professional performance from his team to see them into the final in Paris.