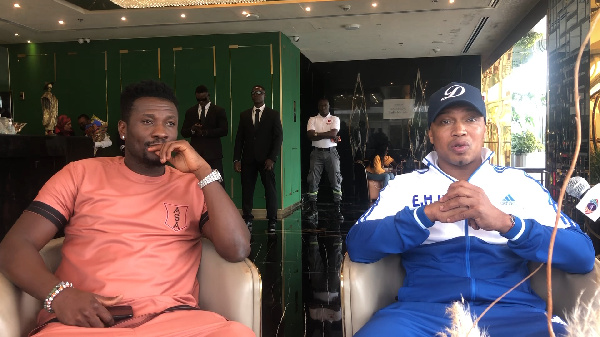 Senegal legend El Hadji Diouf says Asamoah Gyan must be part of the Black Stars set up if the country wants to win medals.

The 2002 Africa Football of the Year is in Ghana as guest for the launch of the LeGyandary Book by Ghana’s former captain.

According to the former Liverpool striker, Gyan’s experience will play a vital role in the success of the team based on what he has achieved his career.

“Senegal has Aliou Cisse, Lamine Diatta, Toni Sylva, and myself around the team. You can see the results of that in some of our players, Mendy is great because of Tony Sylva not because of Chelsea, he has changed teams but he has always been Senegalese,” he said.

Diouf believes Asamoah Gyan’s leadership can be the antidote to the country’s Africa Cup of Nations drought.

“The FA needs people like him around the boys to win trophies, You need a player who has scored all these goals for the national team to talk to the boys, if he is in Qatar I will invite him to come and talk to our boys.”