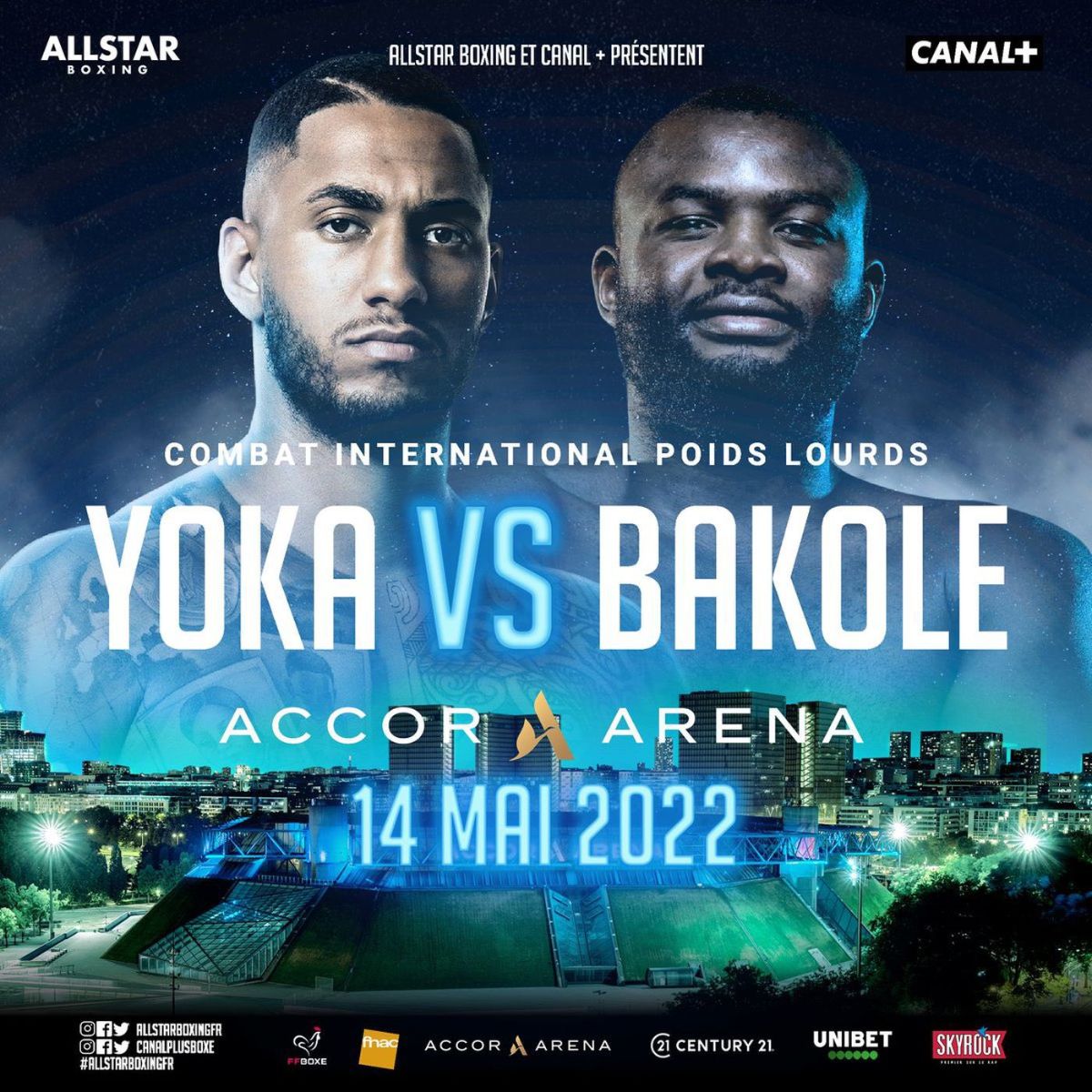 Tony Yoka, the undefeated French heavyweight who captured Olympic gold at the 2016 Rio Games, takes a major step up in class this Saturday, May 14, in a 10-round main event against Congolese contender Martin Bakole at Accor Arena in Paris.

Yoka-Bakole headlines a loaded fight card that will stream live and exclusively in the United States on ESPN+ at 3 p.m. ET/12 p.m. PT.

Yoka (11-0, 9 KOs) is already ranked in the top 10 by two of the major sanctioning organizations. He’s spent the entirety of his pro career fighting in France and has scored a series of standout wins over the likes of Jonnie Rice, Alexander Dimitrenko, and former world title challenger Johann Duhaupas. In September 2021, he knocked out previously undefeated Croatian contender Petar Milas in seven rounds. Bakole (17-1, 13 KOs), who stands 6’6 and often weighs more than 250 pounds, has spent much of his eight-year pro career based in Scotland. He’s won six straight since an October 2018 TKO loss to American Olympian Michael Hunter, a run that’s included victories over recognizable names like Mariusz Wach, Kevin Johnson, and Sergey Kuzmin.

In undercard action on ESPN+: