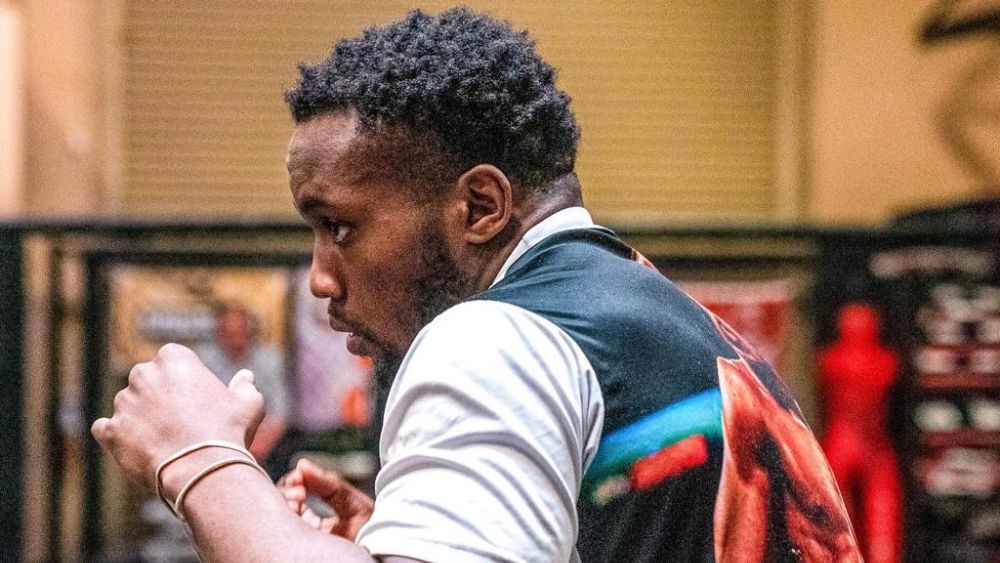 ‘Bad News’ Charles Conwell is picking Jermell Charlo to emerge as the undisputed super welterweight champion after his rematch with Brian Castano.

Conwell, one of the most talented contenders in the 154lbs division, believes Charlo will have too much variety for Argentina’s Castano in Carson on Saturday night.

The fight – which sees the WBC, WBA, IBF and WBO belts on the line – is a rematch of their clash from July which ended in a split draw.

Former US Olympian Conwell, who returns to the ring on June 2, says as soon as the final bell sounded, he predicted the judges would be unable to reach a unanimous verdict.

But the unbeaten 24-year-old expects Charlo to be victorious this time, saying: “After the first fight, is it so difficult to choose a side but I feel like Charlo is more athletic, more able to come with a different style whereas Castano, I feel, has one style for size and his height.

“So, I feel like Charlo can be more unpredictable than Castano who is more predictable. You know how he’s coming out to fight.”

Conwell fights in Montreal next month against Abraham Juarez Ramirez on a co-promotion event between Probellum and GYM.

The American wants to use the fight as a springboard for an active second half of the year, which will end with him knocking on the door of a world title, potentially, with the winner of Saturday’s undisputed clash.

“The first fight was a really good fight and I thought it could have gone either way, either to Castano or Charlo, and so at the end of the 12 rounds I felt like it was going to be a draw.

“For the rematch, I want to say, Charlo. I’ve been going with Charlo, this whole time and I think Charlo will win, but I would not be surprised if Castano does it, given how close it was last time.”