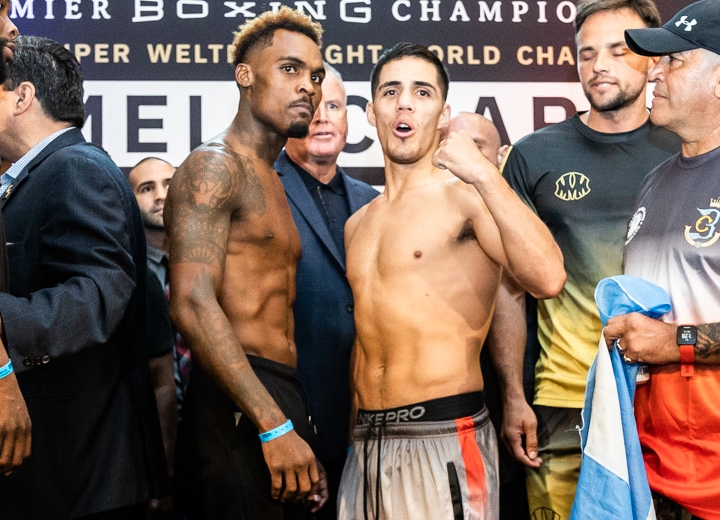 A day after they were kept separated on the same stage after their press conference, Brian Castano and Jermell Charlo came face to face after they made weight Friday afternoon.

Charlo, draped in an American flag, smiled and shook his head up and down. Castano stood stone-faced before they eventually turned toward photographers in front of the stage.

Their supporters made plenty of noise in a ballroom at The Westin Los Angeles Airport, before the 154-pound champions were interviewed for Showtime’s stream and eventually went their separate ways.

They’ll fight again Saturday night for Castano’s WBO belt and Charlo’s IBF, WBA and WBC championships in the main event of a “Showtime Championship Boxing” tripleheader at nearby Dignity Health Sports Park in Carson, California. Caesars Sportsbook has listed Charlo (34-1-1, 18 KOs) as more than a 2-1 favorite over Castano (17-0-2, 12 KOs).

Castano, 32, and Charlo, 31, fought to a controversial split draw last July 17 at AT&T Center in San Antonio. Both boxers demanded an immediate rematch following their closely contested 12-round fight.