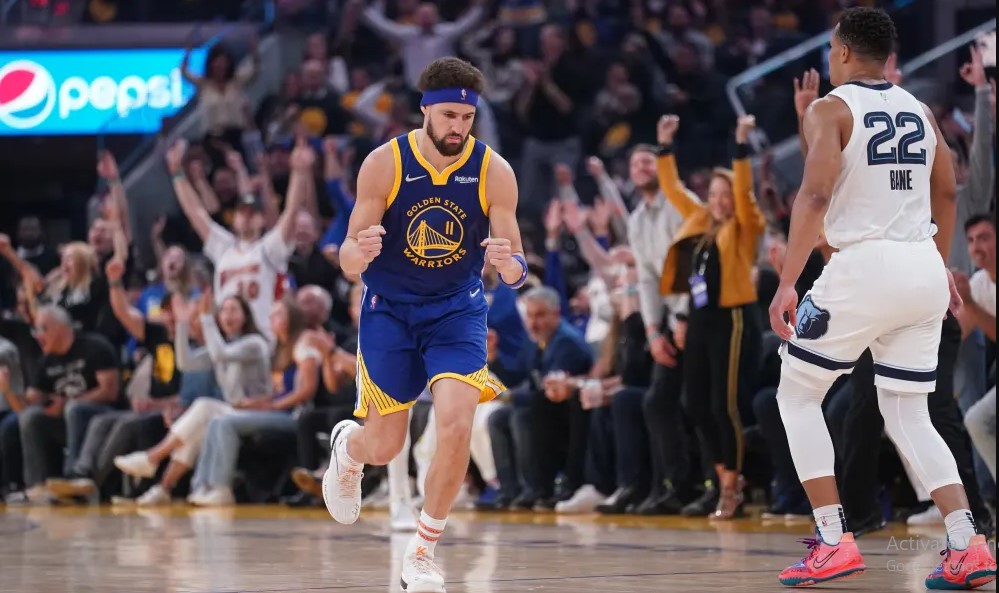 The Golden State Warriors didn’t want to head back to Memphis for a Game 7 but through the first three quarters of Game 6, you would have never known.

Despite a litany of turnovers coupled with poor shooting from Stephen Curry and Jordan Poole, the Golden State Warriors outscored the Grizzlies 32-19 in the final frame of Game 6. With a 110-96 win, Golden State eliminates the Grizzlies and heads to the Western Conference Finals for the first time in three years.

After being ran out of the gym in Game 5, falling behind by over 50 points, the Warriors looked to re-establish themselves at Chase Center Friday night. And of course, with a Game 6 comes Game 6 Klay.

Scoring 17 points in the first half, Thompson led all scorers but with 12 first-half turnovers, the Warriors were only able to head into the break with a 2-point lead. Thompson finished the game with a team-high 30 points on 11-of-22 shooting from the field.

Meanwhile, the Warriors got a mediocre shooting night from Jordan Poole, who dominated in the first round of the playoffs against Denver, averaging 21 per game. Friday, however, he shot just 4-for-15 from the floor, including 2-for-11 from beyond the three-point line.

Curry, who scored just 14 points in Game 5, also started out slow. But scoring 11 of his 29 points in the fourth quarter, he helped push the Warriors ahead by double digits on an 18-3 late in the game.

With the win, the Warriors advance to their sixth Western Conference Finals in eight seasons — the last coming in 2019. They will play the winner of the Phoenix Suns and Dallas Mavericks series, which is primed for a Game 7 Sunday.