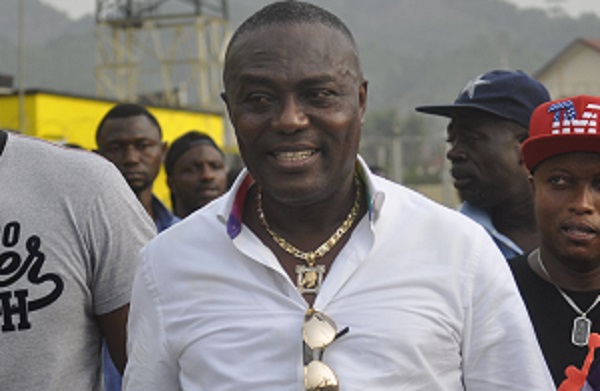 Four-time Ghana Premier League champions, Ashantigold, will commence the next season in the third tier of Ghana football alongside Division One side Inter Allies after they were relegated to the Division Two league by the Ghana Football Association (GFA) for match fixing.

Yesterday, the FA announced the much-anticipated ruling by its disciplinary committee after several months of investigations into what could be one of the biggest match-fixing scandals in Ghana football, resulting in the demotion of the two clubs and the suspension of many club officials, coaches and players for their roles in the pre-arranged match last September which saw Ashantigold beating Inter Allies 7-0 at the Len Clay Stadium, Obuasi.

The sanctions, according to the GFA, take effect from the next soccer season with one of the biggest casualties being Ashantigold president, Kwaku Frimpong, who was handed a 10-year ban from football and also slapped with GH¢100,000 fine — the biggest fine-ever imposed on an individual for violating football codes of conduct.

Also sanctioned was CEO of the Obuasi-based side, Emmanuel Frimpong (son of the club’s president and bankroller), who was handed an eight-year ban from football and GH¢50,000 fine.

An Inter Allies volunteer, Emmanuel Nii Amoah, also known as Nii Gogo, was handed a lifetime ban from football for his role in the scandal.

Smoking gun
The suspicious scoreline and the bizarre circumstances in which Ashantigold scored the goals against Inter Allies in the 34th week fixture of the 2020/2021 season, triggered the investigations after Inter Allies defender, Hashmin Musah, confessed on radio that he scored two own goals to apparently foil a pre-arranged 5-1 scoreline.

The committee’s ruling captured negotiations by the various parties on how they schemed to manipulate a 5-0 result of the match.

Match-fixing plot
According to the ruling by the disciplinary committee findings, the scheme began with a call from Mr Frimpong to Nii Amoah who reached an agreement of GH¢10,000 to be paid to the Inter Allies official.

“Following the agreement, Kwaku Frimpong and his son, who is the Chief Executive Officer of Ashanti Gold made a number of mobile money transactions to Nii Amoah to facilitate the fixing of the game.

“Prosecution revealed that on Thursday, 15th July, around 10:00 a.m., Isaac Quist, Mobile Money Agent, received an amount of GH¢10,000 which was sent in two batches of GH¢5000 within a minute from Prince Kwarteng also believed to be a mobile money agent. Emmanuel Frimpong then called Nii Amoah around 10:23 a.m. to confirm receipt of the money”.

The findings added that the match, which was manipulated to finish 5-0 in favour of the Miners, ended 7-0 after Inter Allies’ Hashmin Musah scored two own goals to derail the match fixing plot.