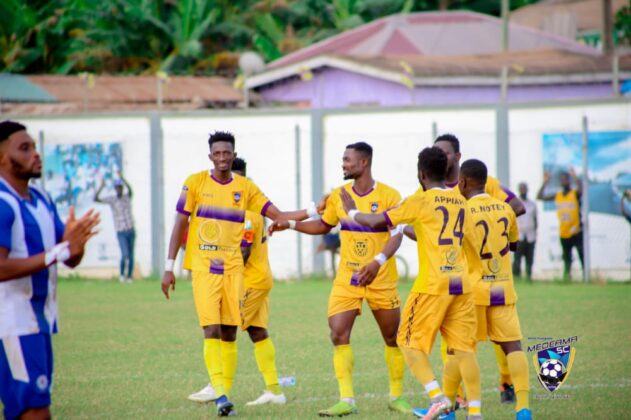 Medeama SC on Saturday afternoon displayed impressive resilience to come from behind to defeat Great Olympics 2-1 in the Ghana Premier League.

The team from Tarkwa today played as a visitor to the side based in Accra to battle for points on matchday 30 of the ongoing 2021/23 Ghanaian top-flight league campaign.

In a game player at the Accra Sports Stadium, Great Olympics scored in the 18th minute through a fantastic strike from Maxwell Abbey Quaye to take the lead.

While the hosts will go on to get a number of good goal scoring chances, the team failed to take advantage.

Soon, Medeama SC drew level from the penalty spot when Vincent Atinga copy converted from 12 yards after the referee had given an infringement in the Olympics area.

A second half of many action ended with a long range drive from Godfred Kwadwo Asamoah sealing a 2-1 victory for Medeama SC as the team completed a delightful comeback win.