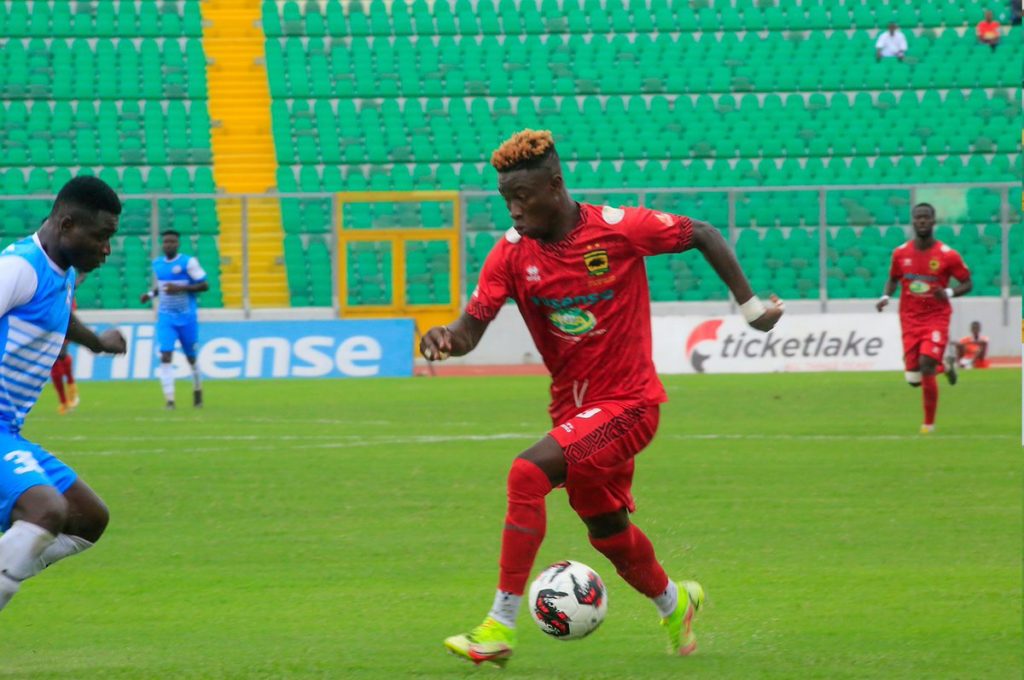 Berekum Chelsea produced a masterful performance to stun Asante Kotoko at the Baba Yara Stadium in Kumasi on Sunday.

The Blues snatched a late win despite playing majority of the second half with a man disadvantage as they had a player sent off.

Forward Kelvin Obeng was the hero, scoring in the 80th minute to break Kotoko hearts in the thrilling contest.

The first half ended without a goal. After the break, Kotoko were given a boost when Owusu Osei was sent off for a bad challenge.

It happened in the 67th minute, with plenty of time for Kotoko to win, but Chelsea scored instead.

Obeng beat his marker and curled the ball past Danlad Ibrahim into the back of the net with 10 minutes of normal time remaining.

Kotoko pushed for the equaliser but to no avail as Chelsea held on for a famous win. Their first win over Kotoko since 2020.

The defeat means Kotoko will now come under intense pressure in the battle for the Ghana Premier League title.

The Porcupine Warriors are being trailed by Medeama who defeated Great Olympics last Saturday to close the gap.

Kotoko are now six points ahead of the Yellow and Mauves with four games to end the season.

The win sends Chelsea to the 9th position with 43 points whereas Kotoko still sit at the summit of the table with 56 points.