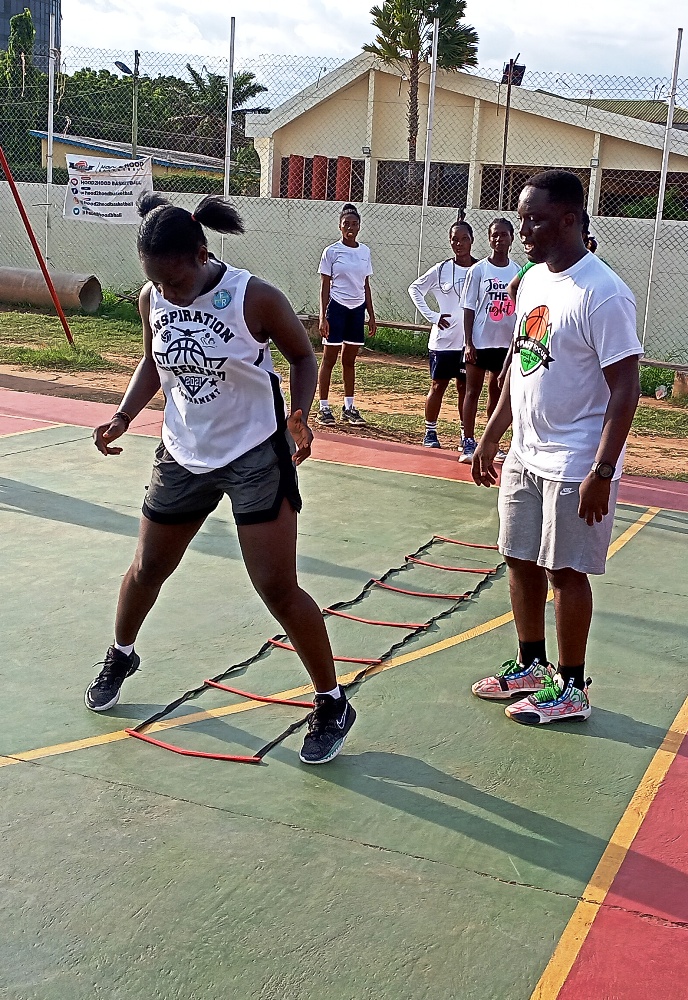 The 2022 Accra Basketball League (ABL) is on break following the conclusion of games across all three divisions in the first round but the league’s venue-Prisons Court in Cantonments- served as host of the first of two Female Focus Basketball Camps.

Shadrack Nii Quaye and Edwin Haizel headlined the Camp and led participants through several drills to improve their stamina, strength and execution of in game situations.

Haizel expressed his satisfaction with the outcome of the Camp and was adamant the upcoming session will be an improved version of today’s event.

The start of the second round of the league is yet to be determined at the time of writing.