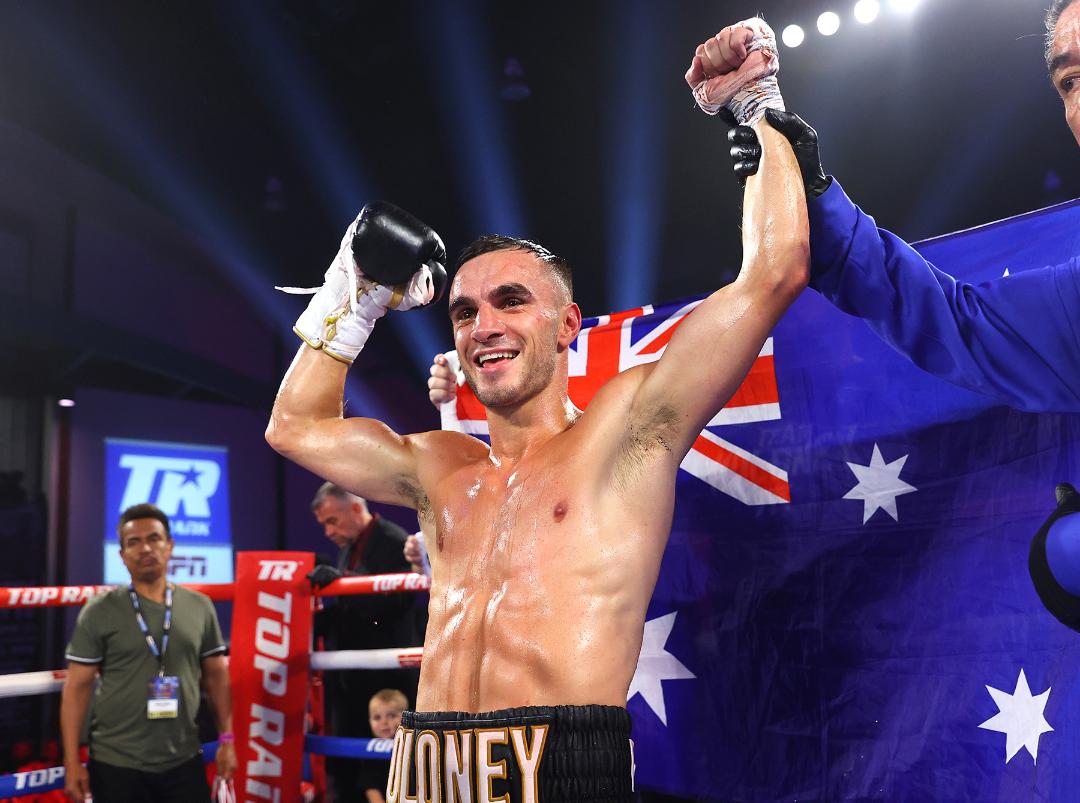 Andrew Moloney is readied for his Australian return as he faces stiff competition in Alexander Espinoza.
Espinoza notably challenged highly rated, and now retired, Kash Farooq for a WBC ranking belt in an entertaining fight last year in London which many could have seen going either way.
Moloney assessed his opposition on June 6 in Melbourne, Australia. He said, “I’m delighted to be fighting in Melbourne, as it’s the city I became world champion in, so I have a lot of happy memories from fighting here and I’m planning on creating some more memories on June 5 alongside my brother.
“I have to thank, as always, Top Rank for getting me this opportunity alongside DiBella Entertainment and of course my long-term manager, The Man! Tony Tolj. Without them, I wouldn’t have had the great opportunities at home and in the USA among other places, so I’m very grateful for these amazing opportunities.

“Espinoza can fight, he pushed Kash Farooq all the way in the UK last year, at a weight class above. So I have to be at my best for this one and I believe I will be. It’s always special fighting at home on a massive card such as this. It doesn’t get better for an Aussie fighter.”
Moloney has his sights firmly set on Japanese legend Kazuto Ioka, who many consider as one of the greatest little big men of all time. ‘The Monster’ weighed in on his plans for the remainder of 2022.
“I’ve stated a few times how greatly I respect Ioka. He is a legend, and it would be an honor to share the ring with him. However, it is firmly my intention to share the ring with him in 2022, whether that be in Japan, Australia, or the USA. I think it’s a fantastic fight for fight fans worldwide.
“My focus is on producing on June 6 in Melbourne, and showing why I can be world champion again in the place I became world champion.”
Credit: Harry’s Gym
Photos Mikey Williams/Top Rank