Karela come from behind to hold Hearts in Accra, Phobians surrender title 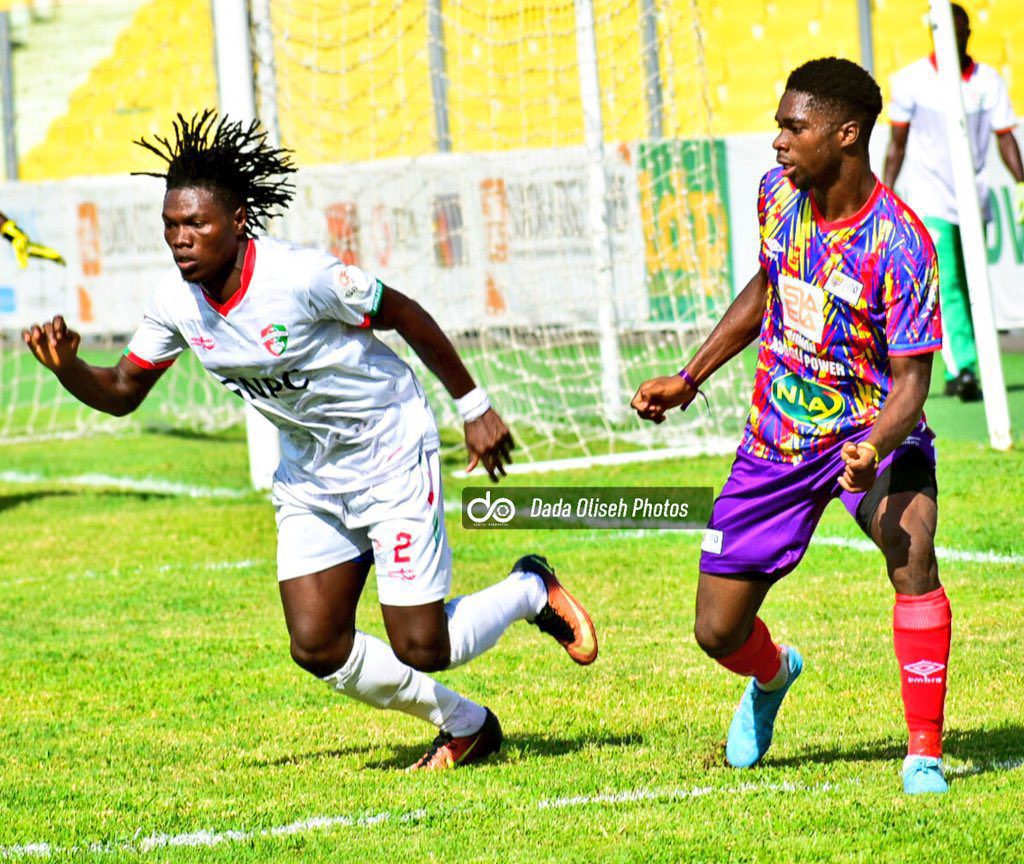 Hearts of Oak failed to take advantage of their recent home form as they were held to a draw at the Accra Sports Stadium by Karela United on Monday afternoon.

The Phobians pushed bitterest rivals Asante Kotoko SC a bit closer to the Ghana Premier League title with the 1-1 stalemate after conceding late in the game.

Kotoko now require just one point from the remaining three matches to be crowned champions of the 2021-22 season.

Daniel Afriyie Barnieh who is currently with the Ghana national team for the AFCON 2023 qualifiers made way for Suraj Seidu in the starting lineup.

arela head coach Bismark Kobi-Mensah also made three alterations to the team that drew 1-1 with King Faisal Babes in the Nzema-Aiyinase in the last round match.

Richard Berko made a comeback to the start list after recovering from an injury he was carrying. He took the place of Emmanuel Dagadu.

Dafie Humin Mohammed and George Amonoo came in for Emmanuel Owusu Boakye and Umar Bashiru’s places in the starting lineup to face the Phobians.

Striker Benjamin York broke the deadlock of the match with his first goal of the season through a spectacular strike on the stroke of halftime to put the Phobians ahead.

Karela defenders failed to deal with a lob pass from Muntari and York pounced on a rebound with a swift turn to slot home the opener.

The visitors levelled matters seven minutes from full-time through substitute Emmanuel Owusu Boakye after connecting a cross from Augustine Randolph.