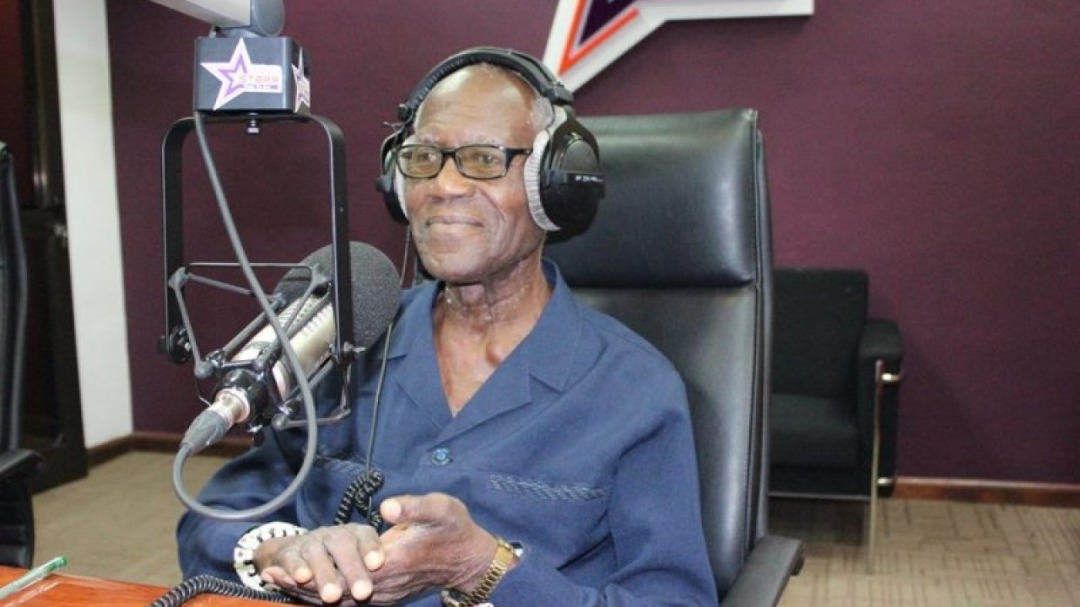 Joe Lartey was born on 6 June 1927 at Lutterodt Street in Accra and was nurtured by Emmanuel Akushey Lartey and Madam Emma Araakua Lartey. His father worked with the Treasury Department.

Joachim Awuley Lartey started his education at Accra Royal School around 1933. Not long after, his father was transferred to Cape Coast and he went with him.

However, his father became ill and was brought back to Accra before he could find another school.

In 1935, his father was transferred to Tamale. He decided to go alone because of the distance. A journey to Tamale from Accra at the time lasted three days. Lartey, his younger brother and his mother were left behind. A few months later, his younger brother took ill and never recovered until he died. His father had to come for him and his mother. At Tamale, Lartey enrolled at the Tamale Middle Boarding School but his father sought permission for him to be a day student, since he fell sick often.

In 1938 his father returned to Accra and Joe Lartey was sent to Government Senior Boys School at Kinbu to continue his education. He completed middle school in 1943 and was admitted to the *Accra Academy in 1944.*

Joachim Awuley Lartey Joined GBC in 1961 following a recommendation from an old mate from the Accra Academy, Boso Kpohonu, who was the Head of Research at GBC. He spent two years at the Talks and Features Department before being sent to the Sports Department. He worked with the Ghana Broadcasting Corporation from 1961 to 1973 and 1990.

Undoubtedly the greatest sports commentator of our time, He reported on the Black Stars 5-0 thrashing of Nigeria in 1961, and 3-3 draw vs Real Madrid in 1962. Chief commentator of Ghana’s first African Cup win in 1963, the second in 1965 plus over a century of matches.

He and Addae handled commentary together, and this was when the phrase “over to you Joe Lartey” became popular. Any time Addae was handing over to Lartey, he would use the expression.

During the era of the Supreme Military Council (Ghana), he was involved in the activities of the People’s Movement for Freedom and Justice (PMFJ) that opposed UNIGOV under Gen. Ignatius Kutu Acheampong, working in the trenches with Nana Akufo-Addo, Komla Agbeli Gbedemah, and others.

He moved to Lagos, Nigeria when the leaders of the movement were being pursued, and stayed there until 1990. He worked with the Federal Radio Corporation of Nigeria between 1978 and 1990.

On his return in 1990, he hosted programmes such as Sports Digest and Hall of Fame on GTV while teaching public speaking to various groups.

He is especially remembered for his landmark interviews with 1964 Muhammad Ali interview and that with Jesse Owens in the Ivory Coast.

He was the first president of the Sports Writers Association of Ghana (SWAG), of which he is currently a patron.