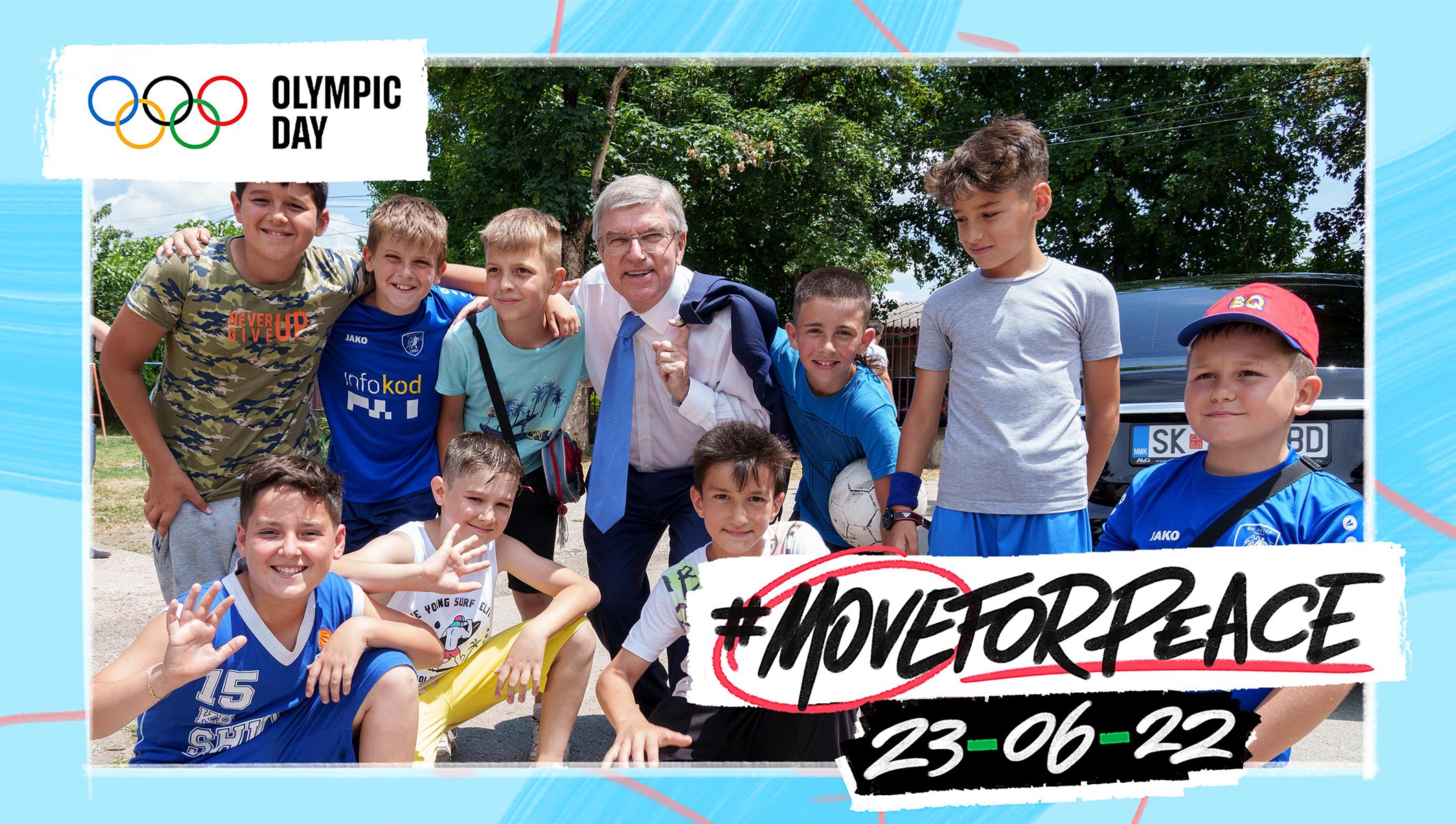 On Olympic Day, while the world is moving together for peace, International Olympic Committee (IOC)  President Thomas Bach  has reiterated the role sport can play in building bridges in our divided world and in promoting global solidarity.

In the recent past, global humanitarian issues have forced the world to reflect. Ongoing conflicts, the Russian invasion of Ukraine, the situation in Afghanistan, and the growing number of people displaced around the world have reaffirmed an urgent need for solidarity and peace in our divided world.

On 23 June, as Olympic Day promotes this year’s message of “Together, for a Peaceful World”, the IOC President had stressed that the need for solidarity and peace firmly remains the guiding principle of the Olympic Movement and highlighted the symbolic importance of the Olympic Games. “Without solidarity there is no peace,” he said.

“In these divisive and confrontational times, people around the world are longing for a unifying force that brings humankind together. In this respect, the Olympic Movement has a lot to offer with our mission to unite the entire world in peaceful competition,” Bach continued.

Celebrated every year on 23 June since 1948, Olympic Day provides a moment for everyone to come together and get active with purpose.

This year, as the world continues seeking togetherness, the IOC and the Olympic Movement are highlighting the power that sport has to build a better world, by bringing people together in peace. As part of this, people are encouraged to move together for peace today through a range of local physical and digital activities.

Over 135 National Olympic Committees (NOCs) have already registered their commitment to Olympic Day by hosting activities such as Olympic Day runs, outdoor games for families, introductions to new sports, meetings with Olympians and workshops on the Olympic values. Digital initiatives, such as virtual Olympic challenges, online workouts, virtual live chats with Olympians, online quizzes and webinars on the Olympic values, will also be organised around the world.

Everyone can join in by sharing how they are moving on Olympic Day with #MoveForPeace and #OlympicDay, or discover via their NOC what is planned in their respective areas on 23 June.