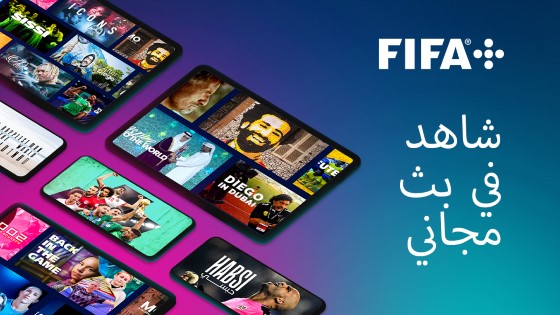 Arabic has been added as an official platform language on FIFA+, making the new digital destination for football fandom more accessible to over 300 million* native speakers around the world.

To mark the launch, two new Original documentaries have also gone live; Mo: A Global Icon, charting the impact that Liverpool star Mo Salah has had on the world, and Habsi, a behind-the-scenes journey in to the career of goalkeeper Ali Al-Habsi, from Oman to the Premier League, FA Cup glory and beyond.

Arabic now takes the number of localised editions for FIFA+ to 10, following the addition of Bahasa, Italian, Japanese and Korean last month to the founding languages of English, French, Spanish, German and Portuguese.

The news also follows the 2022 addition of Arabic as an official FIFA language, as directed by the FIFA Statutes.

Discussing the launch, FIFA+ Head of Content, James Marley, said: “The Arabic world is rich with football narratives, and we’re not only excited to now be making FIFA+ more accessible to fans in the region, but to start bringing a global audience to many of its incredible stories.

“We’re kicking off with Mo: A Global Icon and Habsi, but there is so much more to come, from grassroots to the professional game – particularly as we head towards the FIFA World Cup in Qatar.”

Since launch, FIFA+ has continued to grow to wider audiences and develop new and exciting content streams.

Completely free, it is the new digital destination for football fandom, offering an extensive archive of all men’s and women’s FIFA World Cup matches, thousands of live fixtures every year, interactive games and predictors, and a slate of original documentaries, docuseries, talk shows and shorts, including “ Croatia: Defining A Nation “, “ Ronaldinho ”, “ HD Cutz ”, “ Dani Crazy Dream ” and “ Icons ”.