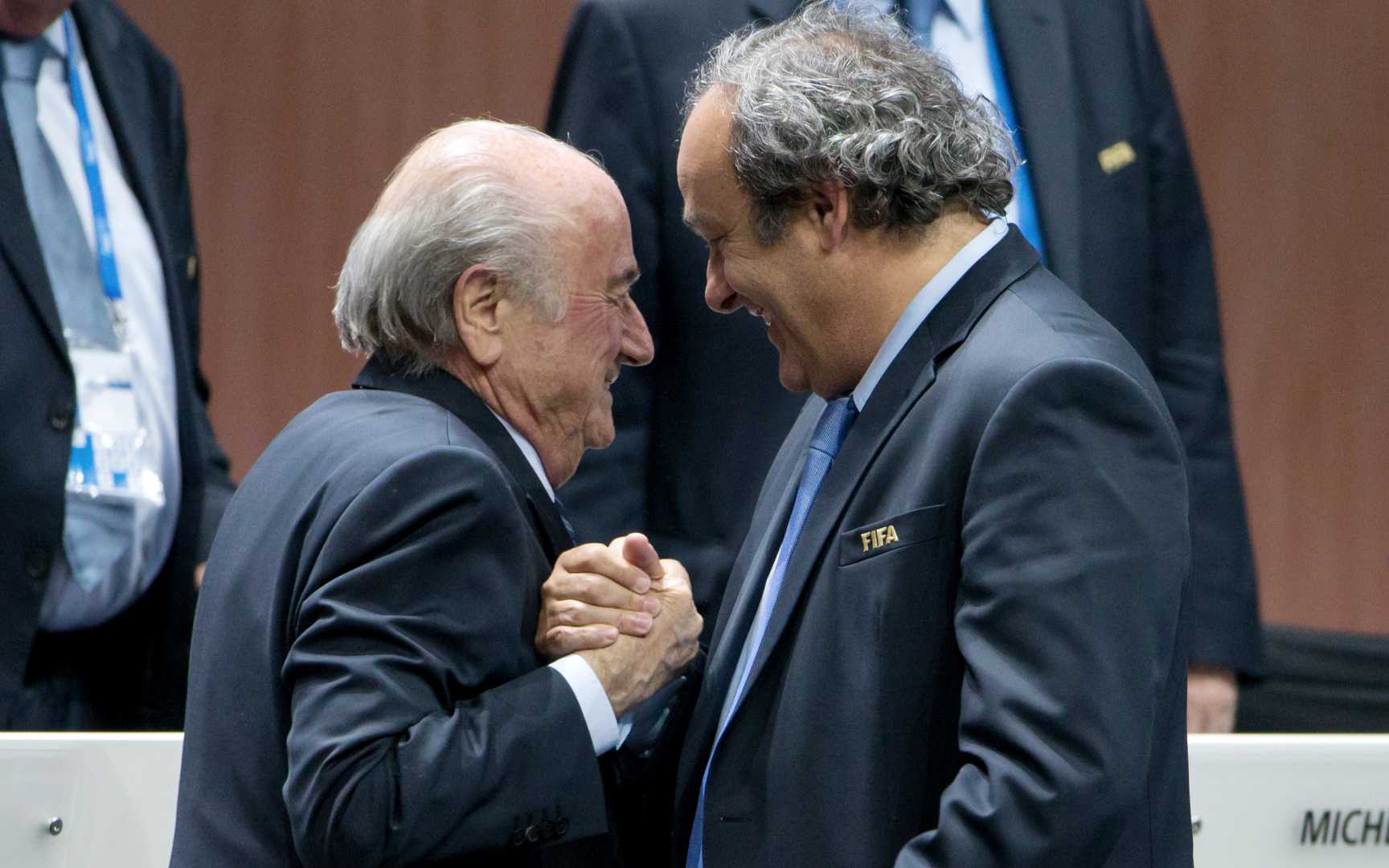 Switzerland’s justice system suffered another embarrassment after a court in Bellinzona cleared Sepp Blatter and Michel Platini of fraud and corruption.

In 2020 a long-running trial, also in Bellinzona, of three former German football bosses and an ex-FIFA official collapsed after exceeding a statute of limitations.

Blatter had been the all-powerful president of world football federation FIFA for 17 years while Platini, one of his vice-presidents and also supremo for eight years of European governing body UEFA when they were placed under investigation and expelled from the game in September 2015.
At issue was the infamous “disloyal payment” of 2m Swiss francs paid by FIFA on the authorisation of Blatter to Platini in February 2011. Platini had worked for FIFA between 1998 and 2002 before launching a football political career of his own.

Before the court case began in early June the last time the two old friends turned rivals had met was on September 7, 2020, when Platini was questioned at the headquarters of the Swiss public prosecutor in Bern.

Ultimately both men were accused formally of “suspicion of fraud, unfair management, breach of trust and forgery.” The prosecution had demanded suspended 20-month jail sentences for the charges which both men denied.

Blatter, 86, had said the two-million franc payment followed a “gentlemen’s agreement” between the pair when he employed Platini in 1998.

Platini worked as Blatter’s so-called ‘football counsellor’ until 2002 with an annual salary of 300,000 Swiss francs. This was the most FIFA could afford as it emerged from a financial crisis following the collapse of its marketing and media partners.

Blatter told the court that they had agreed the remainder of Platini’s one million per year salary would be settled at a more favourable financial time.

The court ignored suggestions that the payment had been connected with Platini’s decision not to challenge Blatter for the FIFA presidency in 2011.

The payment emerged following a the FIFAGate investigation launched by the United States Department of Justice into bribery, fraud and money-laundering at FIFA in 2015, which triggered Blatter’s resignation.

Both officials were banned in 2015 from soccer for eight years over the payment, although their bans were later reduced.

Platini, who also lost his job as UEFA president following the ban, claimed the case had been a deliberate attempt to block his pursuit of the FIFA presidency in 2015.

Infantino is currently at the centre of a separate Swiss investigation concerning his meetings with former Attorney-General Michael Lauber in the run-up to the election.

The Swiss office of the attorney-general undertook 25 separate investigations arising out of the FIFA financial and World Cup awards scandals but no other major cases have been brought to court.