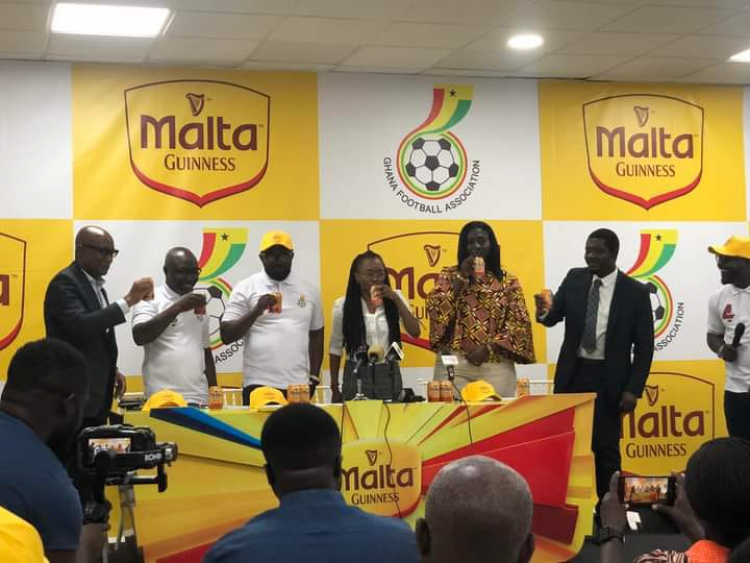 The Marketing and Innovations Director of Guinness Ghana Limited Estella Muzito says they will be sponsoring the women’s Premier league because football brings joy and inspire greatness.

She insisted that the women’s game has taken its rightful place and has become a spectacle to behold.

Guiness Ghana sign a sponsorship agreement to be the headline sponsor for the Women’s Premier League.
Guiness Ghana Limited will pay ten million Ghana cedis for three years for the women’s top-flight football.
Ampem Darkoa Ladies won the women’s Premier league and the MTN FA cup last season.
Estelle insists that women’s football in Ghana has become of age and is very attractive to the people.
“Football in Ghana is an incredible unifier which connects people from all walks of life, daily. From the street corners to the hallways of big corporates, football conversations and matches bring joy and inspire greatness among people,” she said.
“Women’s football has in recent years taken its much-deserved place as a premium sporting spectacle which attracts thousands of fans and supporters”
“Malta Guinness’ decision to sponsor the Women’s Premier League in Ghana is in line with our mission to fuel a world of good. The incredibly talented women who play the game, the officials, the Football Association and the fans will be energized in their support of their favourite teams and Malta Guinness will be there to refresh them all the way.” Estella added.
Credit: Kickgh