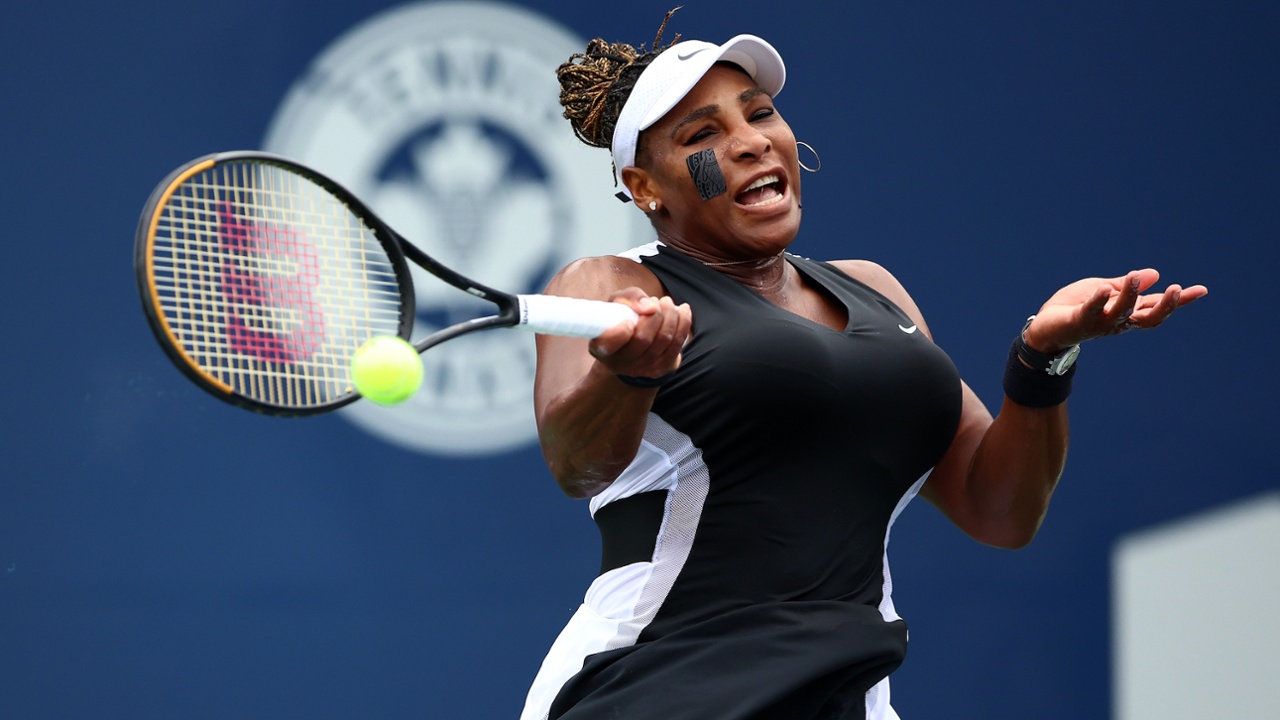 For the first time in 430 days, Serena Williams heard “Game, set, match, Williams,” on Monday at the National Bank Open presented by Rogers. Playing just her second match in the span of a year, Williams recorded a 6-3, 6-4 victory over Spain’s Nuria Parrizas Diaz in the opening round of Canada’s WTA 1000 event.

Williams is contesting her first hard-court tournament in 18 months this week in Toronto, having last won a match on the surface at the 2021 Australian Open.

It’s her second tournament of the year overall, and this win is her first of any kind since Roland Garros in 2021.

After suffering a leg injury on Centre Court at Wimbledon in 2021, Williams was sidelined for nearly 12 full months. She made her competitive return in June ahead of the grass-court Grand Slam, but was bounced from the All England Club this year by France’s Harmony Tan in a first-round match that lasted over three hours. After that defeat, Williams proclaimed she was ready to do what it took on the practice court to get herself ready for a serious run at a seventh US Open title.

She also looks ready to do that on the match court: In addition to Toronto, she’s also entered in next week’s US Open Series event in Cincinnati with an injury-protected ranking.

Williams’ first win on North American hard courts since 2020 last nearly two hours. Parrizas Diaz, a 31-year-old Spaniard ranked No. 57, gave the American all she could handle, despite only getting into the draw as a lucky loser after losing in the final round of qualifying.

Williams is competing in Canada this week for the first time since 2019, and for just the second time in seven years. Three years ago, she finished runner-up to Bianca Andreescu in a match that ended prematurely: Williams was forced to retire from that final with back spasms after playing just four games.

The event alternates each year between Montreal and Toronto, and in Toronto specifically, Williams is 28-3 all-time. She called out her love for the city in her on-court interview after the match.

“I just wanted to be out here today. I love playing out here in Toronto. I was just out here doing my best today,” Williams said.

“It was cloudy, it was sunny, it was windy, but it was good. … It’s great to be back here in Toronto. I didn’t know if I would be able to play here again. This being one of my favorite stops on tour, I was really happy to be able to come out here again.”