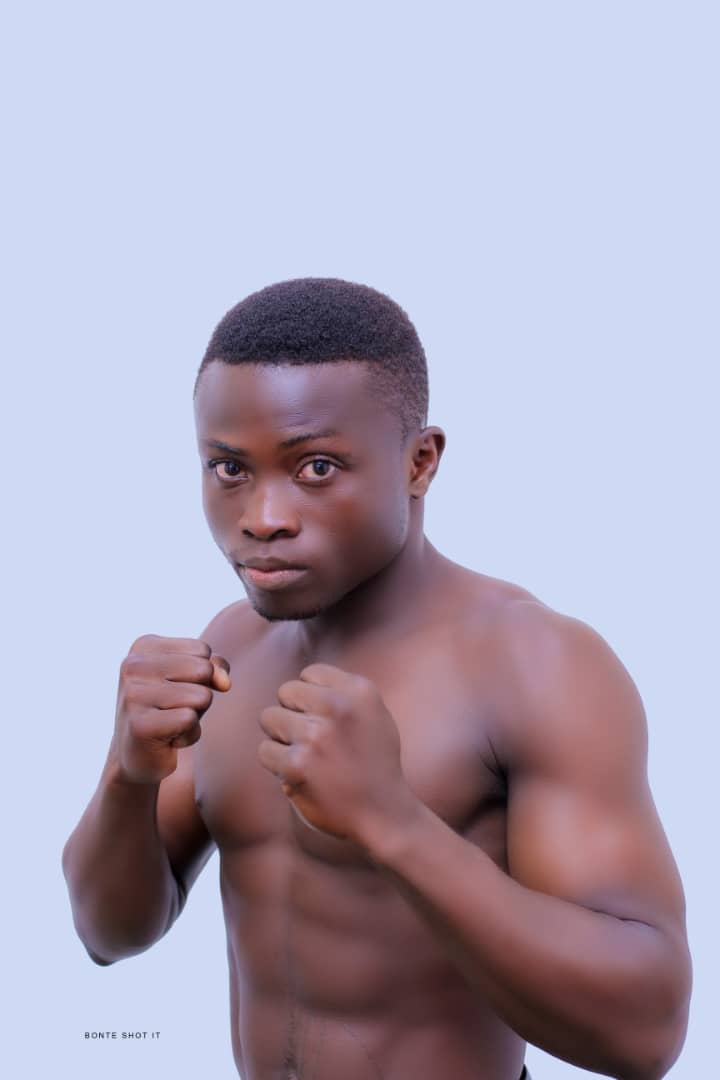 The skillful and aggressive lad who hails from the Bono Region of Ghana intimated that he was once a footballer but quit after he was rejected at a trial for lacking the required height. He was encouraged by his uncle to take up boxing since he had a semblance with former WBO world champion, Isaac ‘Royal Storm’ Dogboe.

“Ever since my first encounter with Dogboe he’s become my mentor. I look up to him and I’m greatly inspired by his exploits. The very day I stepped in the gym, my trainer Coach Richard Neequaye Ashie aka ‘Butcher’ of the Beach Boxing Club asked, ‘This guy, is he Isaac Dogboe’s brother?'”

The 22 year old is also a banker and works with Divine Capital as a Loan Officer.

John made his debut on an Ace Power Promotions bill in December 2021 at the La Palm Beach Resort, demolishing his opponent, Joseph Ashirifi Acheampong inside the distance. He’s currently 3-0 , with all three wins being by way of knockout.

John’s latest win was on the De-luxy Professional Boxing League platform on August 6 where he stopped Robert Nunoo in three rounds.

Sounding very confident he, asserted,” I want to be the first undisputed champion out of Ghana”

In the the ring, he’s very technically savvy with ferocious power and can move in and out of range just like Manny Pacquiao.

With dedication and faith in God, John, also nicknamed ‘The Beast’ believes he can achieve his target.