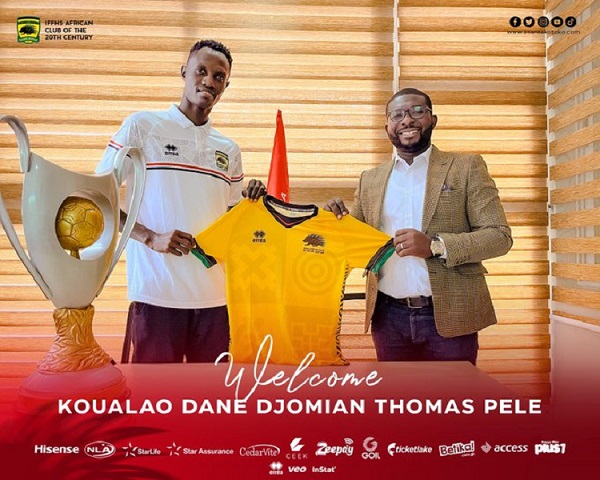 Camerounian players are expected to have a huge influence on the local league next season following the capture by Premier League champions, Asante Kotoko, of Camerounian goalkeeper, Koualao Dadne Djomian Thomas Pele.

Kotoko officially announced yesterday the capture of the shot-stopper on a free transfer for the next three seasons.

He becomes the third Cameroun to join the Porcupine Warriors after Frank Etouga Mbella and Georges Mfegue, both of whom made significant impact during their debut in the league last season as Etouga finished the season as the second leading goal scorer in the competition with 20 goals.

Until he joined Kotoko, the former Cameroun Under-23 star played for Dragon of Yaounde and would be hoping to make an impact in the local league just like his compatriots

The goalie’s capture follows the recent signing of Ugandan forward, Steven Mukwala, as the league champions seek to strengthen their squad ahead of their domestic and continental campaigns, following the exit of their dependable defender, Ibrahim Imoro, to Sudanese club, Al Hilal.

Perhaps, the highly impressive performance of Etouga and Mfegue has inspired Ghanaian clubs to turn their radar on Camerounian players as Accra Hearts of Oak and Bechem United also went shopping for Cameroun stars during the transfer window.