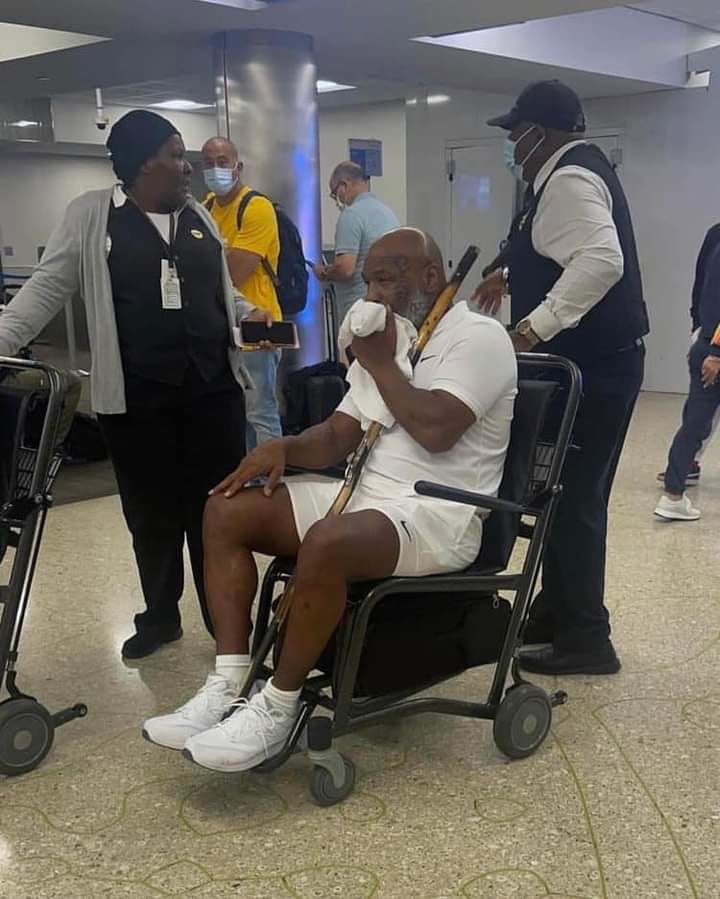 Mike Tyson continues to deal with health issues. According to the New York Post, the boxing legend was spotted at Miami International Airport on Tuesday in a wheelchair with a walking stick.

This comes a few weeks after Tyson was seen walking with a cane in New York City. It’s been reported that the former heavyweight champion is dealing with a “sciatica flare-up” in his back.

While at the Miami airport, Tyson was being assisted by an airport employee and posed for selfies with fans. Last month Tyson talk about his health on the Hotboxing podcast and said his “expiration date” is coming soon.

“We’re all gonna die one day of course,” Tyson said.

“Then, when I look in the mirror, I see those little spots on my face, I say, ‘Wow. That means my expiration date is coming close, really soon.'”

This all comes as a new limited series about Tyson’s life will stream on Hulu on Aug. 25. Tyson was against the series when it was announced and is against it now.

“Hulu tried to desperately pay my brother [Dana White] millions without offering me a dollar to promote their slave master take over story about my life,” Tyson wrote in an Instagram post.

Tyson, 56, last competed in a boxing match in 2005 when he lost to Kevin McBride. However, he has competed in exhibition bouts over the years, with the last one being against Roy Jones Jr. on Nov. 28, 2020. Since it was an exhibition fight, the match ended in a draw.

“I was afraid I might get hurt,” Tyson told BT Sport Box Office at the time, per Sky Sports.

Tyson finished his boxing career with a 50-6 record. He was the undisputed world heavyweight champion from 1987 to 1990 and was the first heavyweight to hold the WBA, WBC and IBF titles.