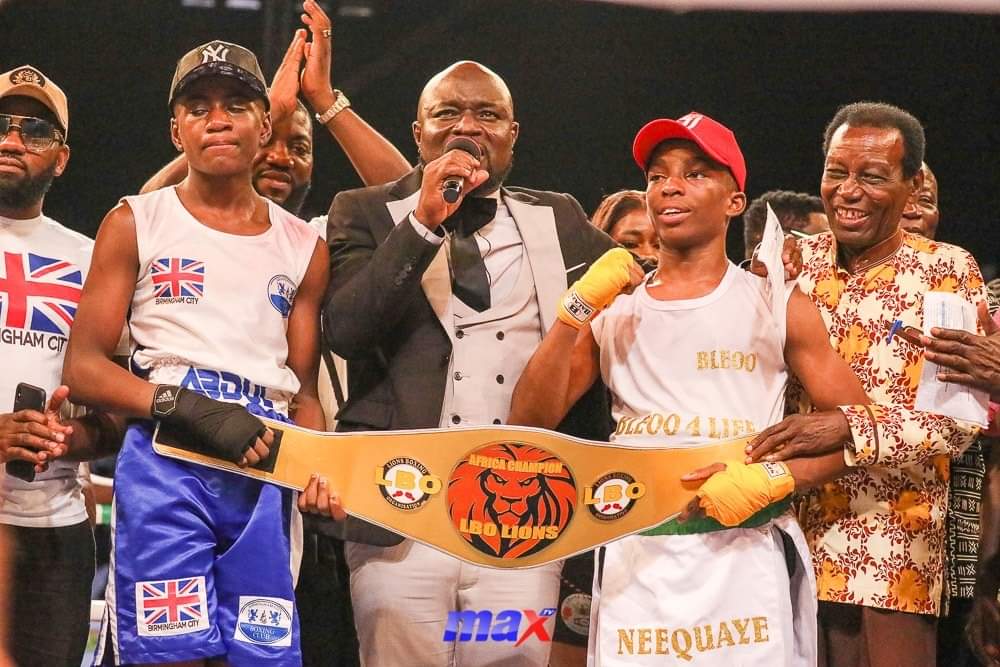 15 year old Cann ‘Money Ray’ Neequaye has fought on a few occasions at the Bukom Boxing Arena, but his performance last Saturday against UK based Abdul Mateem Gariba was so classic that he had the fans backing and cheering him to victory only for the officials to declare the special juvenile bout with the LBO Youth title at stake, a draw.

Though the fans did not agree with the judges and thought Neequaye won, Gariba who had come from Birmingham with a large entourage also impressed in such a way that awarding him with a draw was the best verdict that can encourage and motivate the young boxers to train harder and do better.

Cann Neequaye is indeed a prospect for future honours in boxing. He does not let the fact that his dad is the President of the Ghana Boxing Authority get into his head.

The Accra Academy student is certainly an example of the combination of education and sports. Academically he is above average and on the sports field, he is gradually becoming a rising star. That has been the trend since his primary school days at Starward Preparatory School.

Anytime he fights, the Charles Quartey Boxing Foundation product has in addition to his skills, speed, strength, stamina and stability. His head movement and footwork are so superb when he is on the attack, so he knows when to use straight punches, jabs, hooks and uppercuts.

If he is defending, Neequaye demonstrates real techniques that proves that he was born to box. As the slogan goes, sports can take people to places, the teenager is focused on achieving laurels as an amateur and later at the professional level.

He is  very much determined to fly the flag of Ghana at international tournaments notably the Commonwealth Games and Olympic Games, then go on to win titles.

Neequaye who is managed by his dad has the dream of becoming a world champion and that is the vision and mission.