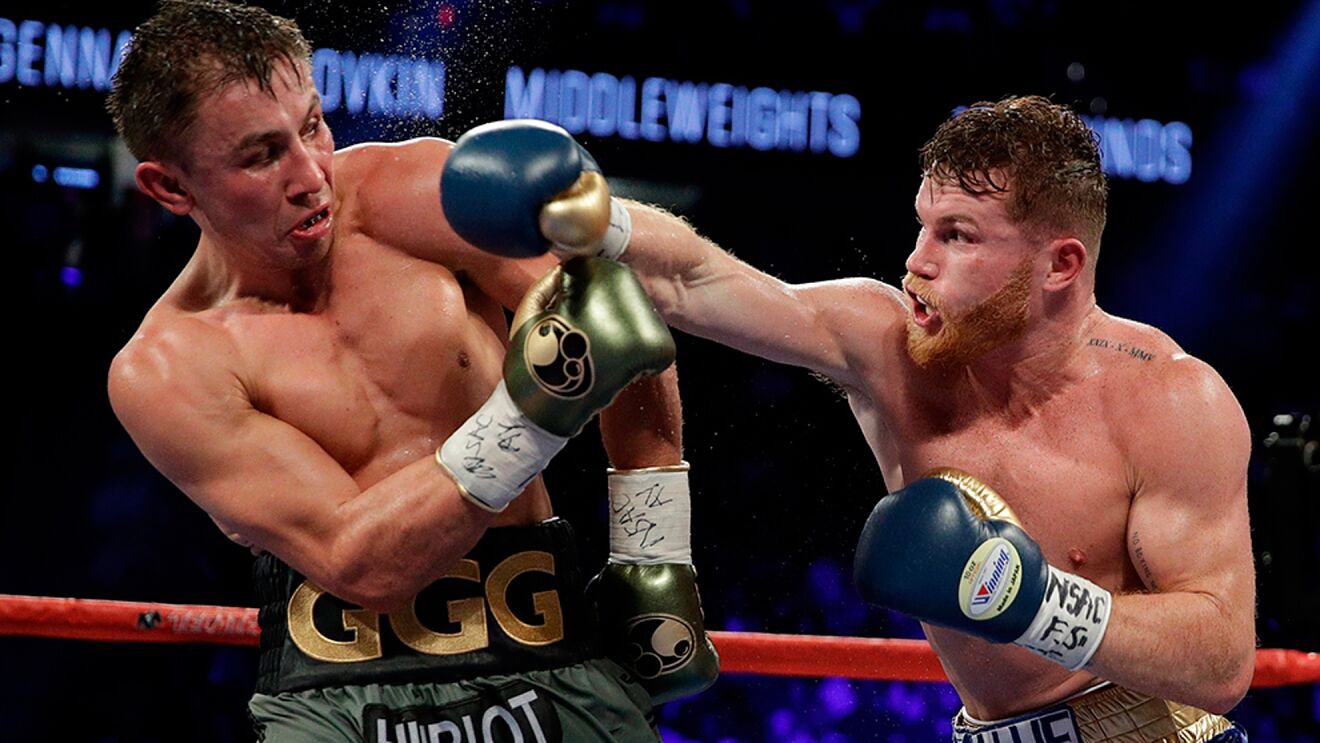 The bitter rivals fight on 17 September four years after Alvarez narrowly beat Golovkin on points in their rematch.

Golovkin turned 40 earlier this year and speaking to BBC Sport, Alvarez was asked whether he wanted to retire the Kazakh after their fight.

Golovkin and Alvarez, 32, have developed a bitter rivalry since their first fight, which produced a controversial split draw decision.

As well as accusing Alvarez of running from their third fight, Golovkin has repeatedly referenced a six-month doping ban the Mexican served in 2018.

“It’s personal because he talked a lot of things about me all these years, so that’s why it’s personal for me,” Alvarez says.

Speaking from his gym in San Diego, Alvarez, who has won world titles in four divisions, cuts a relaxed figure, with a boxing ring just a few feet behind him. He is lucid, articulate and lights up when talking about golf.

“A beautiful sport,” he says. “When you make birdies, you make eagles, when you hit a really good shot – that feeling is amazing.”

He says he has several favourite golfers including Northern Irishman and four-time major winner Rory McIlory.

“Wow, he has a great swing and he’s a very good golfer. I follow him on Instagram,” says Alvarez, who only follows 174 people on the social media platform.

However, his mood darkens when Golovkin is mentioned.

Golovkin has had a glittering boxing career and was a two-time unified champion but Alvarez has no time for his opponent.

When asked why he doesn’t like Golovkin, Alvarez says, to paraphrase slightly, that his opponent talks a lot of rubbish.

“When he’s in front of me, he doesn’t say anything – ‘I respect him, I respect his career and this and this’ – but what about what you’ve been saying in interviews and in other places?”

The pound-for-pound great is counting down the days until he and ‘GGG’ begin what will be the 25th round of their rivalry – but unlike the two previous fights with Golovkin, Alvarez does not expect this one to go the distance.

“I think I’m going to end him before the 12th round. I’m going to put all my boxing skills, all my experience in boxing to get this done,” he predicts.

‘I am a more dangerous fighter’

Alvarez is coming off a loss to WBA champion Dmitry Bivol at light-heavyweight, with the Russian claiming a unanimous victory in May.

That was only Alvarez’s second loss in professional boxing, with the other defeat coming against Floyd Mayweather in 2013.

But Alvarez is not fazed by the defeat and even suggests it has made him a bigger threat.

“I am a more dangerous fighter right now because of my loss. I’m just different right now since the last fight. I am more mature, stronger, and more confident,” he says.

“I want to try again [at light-heavyweight]. Right now, I’m 100% focused on Golovkin and then that’s what I’m looking to do next year in May.”

The third fight with Golovkin will be Alvarez’s 62nd professional bout having started his career as a 15-year-old but he has no plans to slow down.

“My body is going to tell me and I feel in my prime right now, so my body will tell me when it’s time to leave the gloves,” he says.