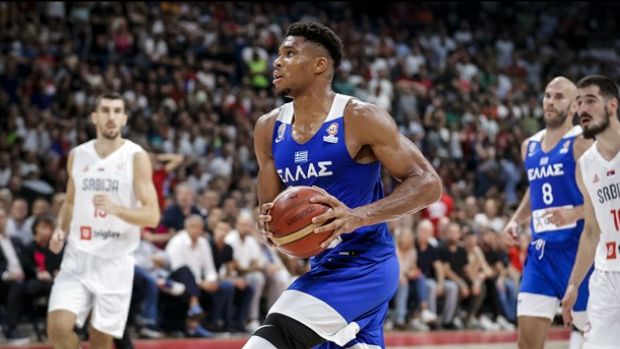 The ‘Greek Freak’ scored 40 points in 40 minutes as Greece were edged out 100-94 against Serbia in an overtime thriller in front of a European Qualifiers record crowd of 19,000+ in Belgrade.

Giannis marked his national team return in competitive action with an epic display after shooting 14 of 25 from the floor to go alongside 8 rebounds and 5 assists and 2 steals.

The former two-time NBA went toe-to-toe with the reigning back-to-back NBA MVP Nikola Jokic, who finished with 29 points, 8 rebounds and 6 assists in the win for Serbia.

The previous scoring record in the World Cup European Qualifiers was held by Dennis Schroder with the German guard pouring in 38 points during the First Round in a win against Poland earlier this summer.