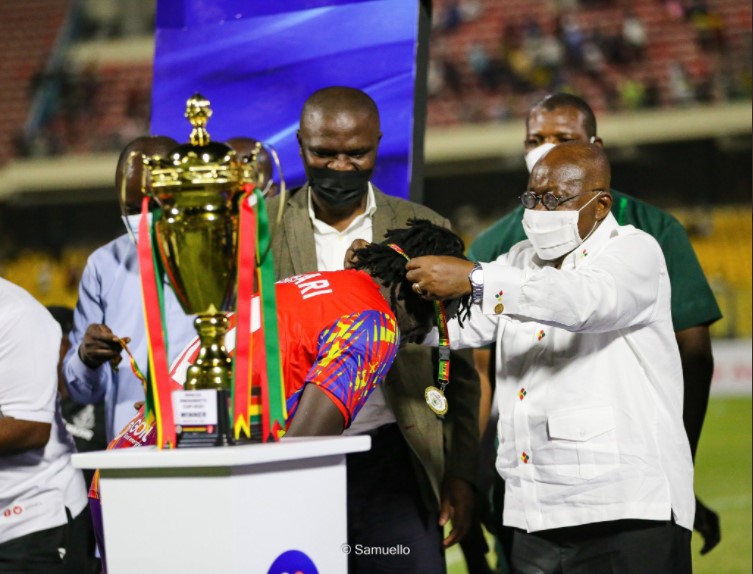 President Nana Addo Dankwa Akufo-Addo is scheduled to lift the FIFA World Cup trophy when it makes a two-day stop in the country as part of this year’s FIFA World Cup™ Trophy Tour by Coca-Cola.

President Akufo-Addo is expected to lift the trophy at a dinner which will be held as part of the tour which runs from September 3-4, 2022.

The aircraft with the trophy is expected to land at the Kotoka International Airport on Saturday, September 3, 2022, at 10am.

David Trezeguet, a FIFA Legend who won FIFA World Cup in 1998 will be accompanying the trophy during the two days of activities in Ghana.

Dignitaries expected at the arrival ceremony include the Minister of Youth and Sports, Mustapha Yussif, the leadership of Coca-Cola, the Ghana Football Association (GFA) President, Kurt Okraku; the Managing Director of Ghana Airports Company Limited (GACL), Madam Pamela Djamson-Tettey as well as religious and traditional leaders.

The tour, sponsored by Coca-Cola kicked off in Dubai on May 12 and is expected to tour all the countries that have qualified for the 2022 World Cup to be staged in Qatar from November to December 18.

For the first time, the trophy will visit all the 32 qualified nations that have qualified for the Mundial. The tour will end in Doha, Qatar just a few days before the 2022 World Cup gets underway on November 20, 2022.

The World Cup trophy has been touring the world since 2006. In total, the 2022 edition will stop in 51 countries and territories, taking Coca-Cola and FIFA one step closer to the goal of the trophy visiting each of FIFA’s 211 member associations by 2030.