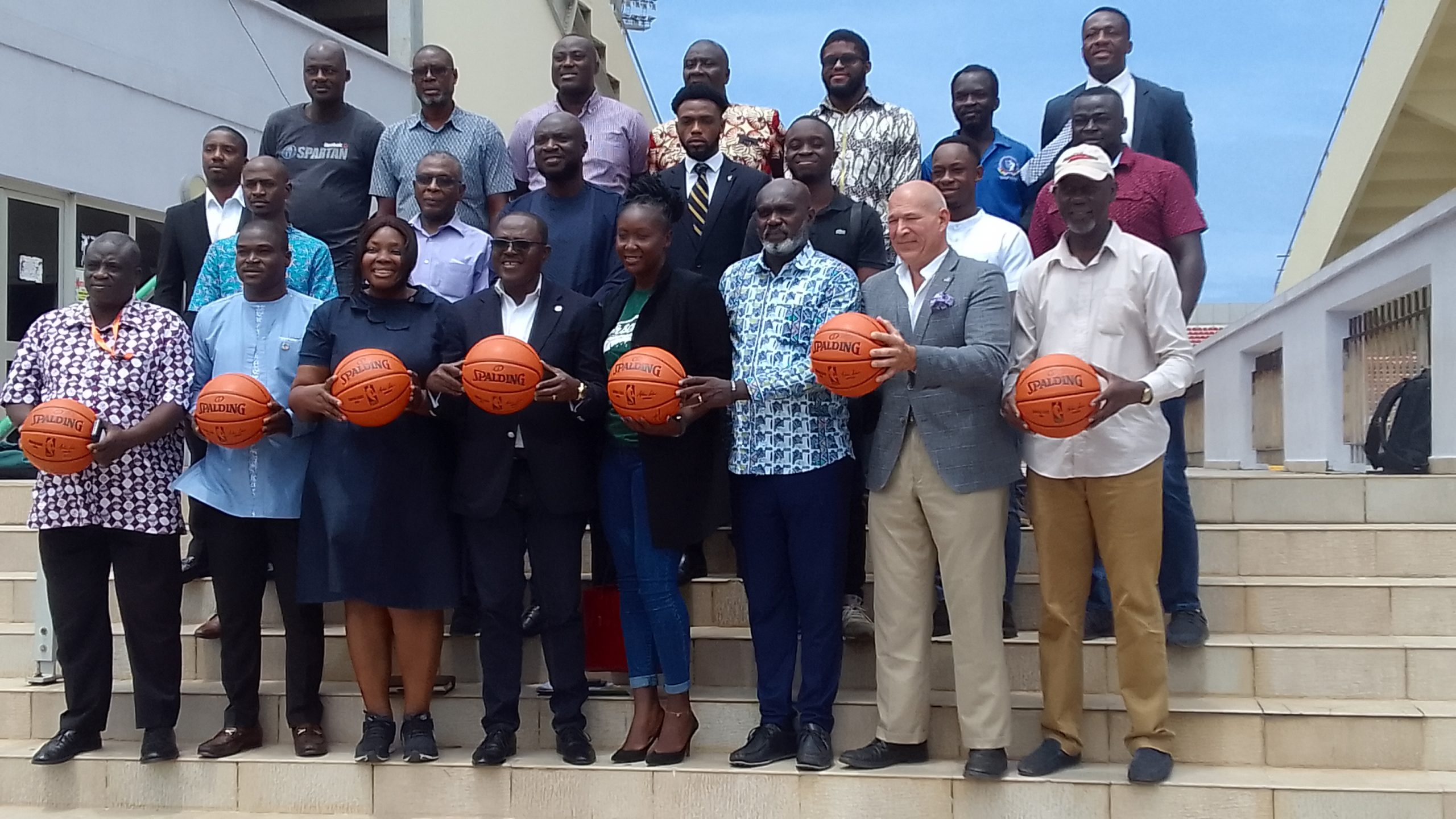 The Ghana Basketball Association (GBBA) on Wednesday morning launched a host of initiatives and programmes aimed at fostering the rise and progress of the sport in this country, among them a new logo, website and a number of upcoming competitions including the national basketball tournament.

At the same event, an undisclosed cash prize was awarded to one Joel Mawuko, winner of the competition organised by the GBBA for a new logo design whilst the association also outdoored income generating ventures including Momo Pay, a new bank account and apps promoting basketball in this country.

Ato Van-Ess, President of the Ghana Basketball Association minced no words, describing the sport as a sleeping giant but pledged his administration’s commitment to revive the almost sunken sport and make Ghana a force to reckon with on the continent.

“There is no doubt that we have been sleeping for too long in Ghanaian basketball and we have to wake up now. It’s sad we don’t have a national team and no Ghanaian club is anywhere near competing in the Basketball Africa League among others,” Mr. Van-Ess  said at the event held at the Media Centre of the Accra Sports Stadium.

“We are rebranding in order to achieve our targets and a new logo, website and the various apps and tournaments we have planned ahead are just steps in the right direction. We appreciate the support and partnership of the Accra 2023 Africa Games organisers and assure we will be ready with a team which will make Ghana proud,” the GBBA capo noted.

In the event, a national tournament has already been scheduled for December aimed at finally selecting a nucleus of the Ghana basketball national team.

It will however be preceded by the Fetu Afahye invitational tournament which rocks the Cape Coast University basketball courts this weekend, much to the admiration of Accra 2023 Local Organising Committee (LOC) Executive Director, Kwaku Ofosu-Asare.

“We were delighted when the Africa Union agreed to our request to add basketball to the list of sports disciplines for the Africa Games. We know lots of young Ghanaians are very talented basktball players and a lot of people watch the NBA so we are confident with the right incentives, Ghana can present a good team,” Dr. Ofosu-Asare said in his remarks.

“I can assure you of our complete support, we are also excited by the programs and targets you have set in your drive to expand the game across the country. The LOC can assure you the Games will happen next year despite all the bad rumours making rounds, so keep working had to lift the flag high,” he added.

A host of dignitaries present included a representative of the Sports Minister, Hon. Ussif Mustafa who could not make it as special guest of honour, Dr. Felix Addo-Yobo of the SDG Advisory Unit who chaired the function, Daniel Isaacs of the new GBBA partners, New York Square Group, Vice-President (Finance and Admin) of GBBA, Alex Kukula, GBBA Treasurer, Mrs. Aurora Commondore-Toppar among others.

“We are well invested in this vision and ready to offer all our support to realise the objectives of the Ghana Basketball Association and take the game to new heights in this country. So our doors are always open to you let’s grow the sport together in Ghana,” said the representative of the Sports Minister in a speech.